Tributes paid to Billy Costigan, late of Templemore and Rathdowney 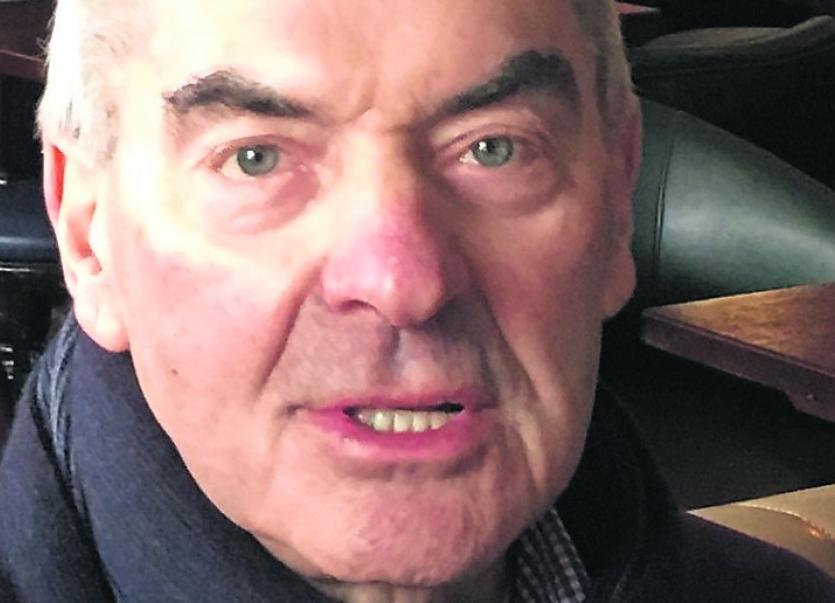 It was with great sadness that we learned of the passing of Billy Costigan, Park View West, Templemore on March 23 last after a long and courageous battle with cancer.

A native of Rathdowney, Co Laois, Billy lived in Templemore for over 50 years and was a well-known figure around the town.
Originally involved in the cattle trade, Billy spent many years in employment with the Local Urban Council.

However he was best known by so many from his time spent on the door staff at the Templemore Arms Hotel. Billy had a great way with people and would be fondly remembered by the generations he encountered in his time in the Arms.

Dan Ward and the hotel staff paid him a lovely tribute as they formed a guard of honour outside the hotel as his remains passed on the way to his funeral Mass.

Billy was very much involved with Eire Og and JK Brackens GAA Club, especially at underage level. Many former players will remember being driven to matches all over the county in his big yellow van.

He also gave of his free time by helping and volunteering with Templemore Athletic Club.

He had a great interest in all sport but in particular Hurling and Gaelic Football. Billy followed the fortunes of JK Brackens, Loughmore/Castleiney and Tipperary with great enthusiasm.

Along with his wingman and great friend, Kevin Kelly, they travelled to games throughout the country. Whether it was on the journey home, on the bridge in the Park the following morning or when meeting people on his high nelly around the town, every puck of the game was replayed over and over.

Billy was a loving husband to Bridget, his wife of 51 years and adored father to his only child, Priscilla, who resides in Boston USA. Although she lived so far away, they remained a very close family and were in daily contact by phone.

Thankfully Priscilla was able to be at home for Billy’s last few months which was a great comfort.

Billy was a father figure to both his and Bridget’s nieces and nephews, grandnieces and grandnephews. They will always treasure the memories they have of time spent with Billy, especially Jill and Ruth who spent a lot of their lives to date with Billy and Bridget.

Billy was predeceased by his parents and brother PJ.
May the gentle soul of Billy Costigan rest in eternal peace.