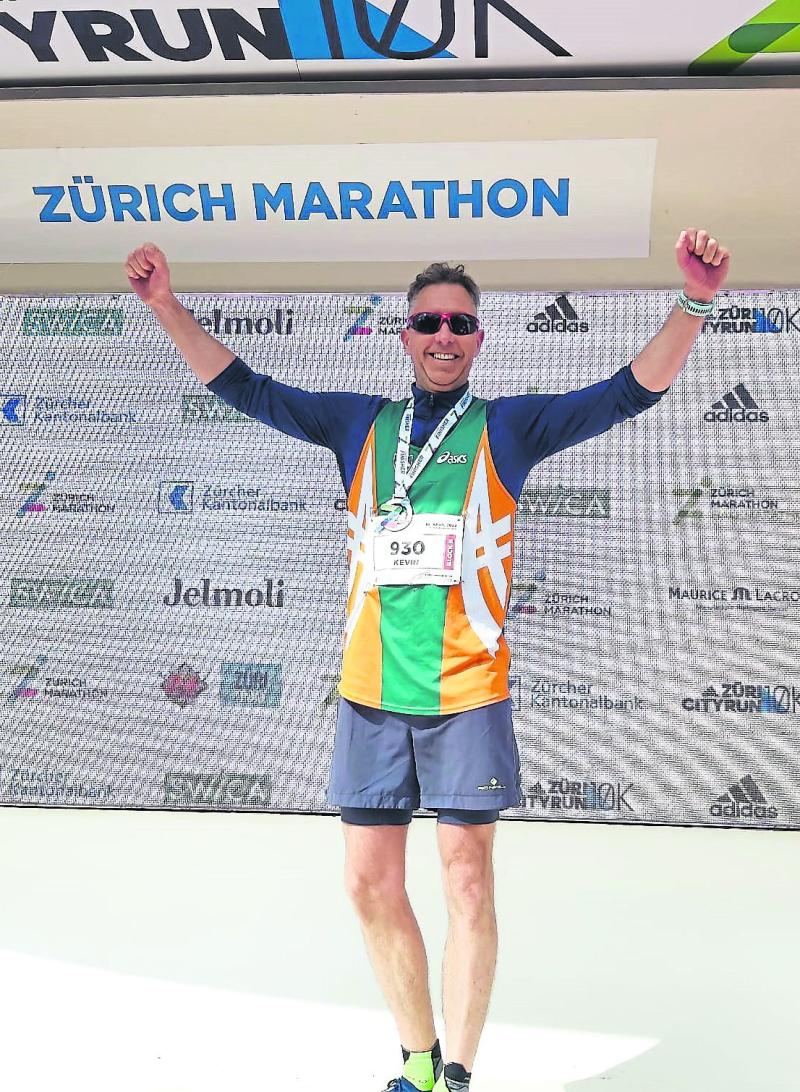 Big congrats to Kevin Shortall known for his prowess as National Masters Champion High Jumper competed in his first-ever road race in one of the most physically demanding events the marathon (26.2miles / 42.1km).

Kevin traveled to Zurich in Switzerland on Sunday, April 10th to complete this feat amongst runners from all around the world in a great time of 3hrs 12mins and 32 seconds finishing 466th overall out of 2805 participants Well done Kevin.

London Track & Field Results
We had some great results from the Ryan family in England to report on recently.
On March 13th at the Hercules Wimbledon Early Season Throws Open Daniel Ryan of Hearne Hill Harriers AC came 2nd in the mens 7.26kg Shot Put with a throw of 13.40m.

In the Mens 800g Javelin Decathlete Daniel also came 2nd with a good throw of 43.01m, younger brother Dillon Ryan Brunel University got the better of his older brother taking home the win in 1st place with a great throw of 45.28m.

On March 19, at the Tri Counties Indoor Championships at Lee Valley Stadium in London Daniel Ryan came 1st in the mens shot put with a throw of 13.87 good going.

On March 27, at the BFTT Academy Series in London Daniel picked up another win in the Mens Shot put with a throw of 13.54m, Dillon Ryan also came 1st in the Mens Long jump with a good jump of 6.51metres and Anna Ryan Brunel University and WSEH AC made it 3 wins for the Ryan family with a 1st place finish in the Women's 4kg Shot put with a throw of 10.40m in her first competition of 2022.