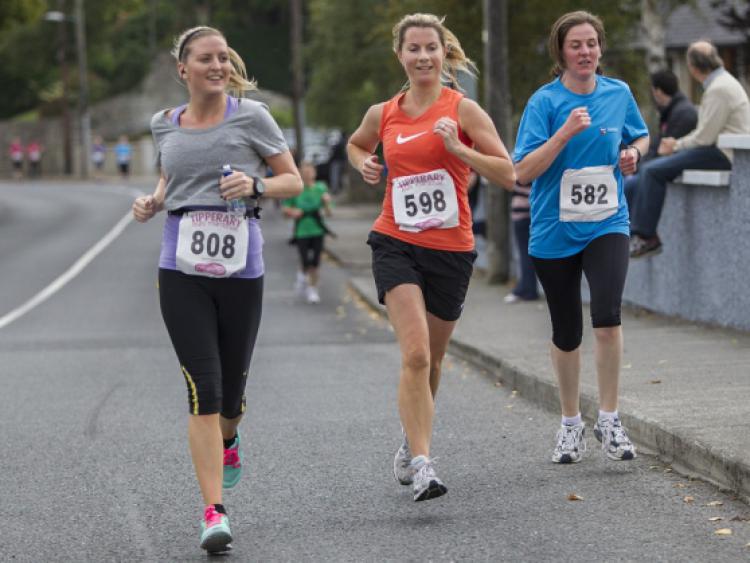 Powerstown racecourse is the venue this Sunday for the County Intermediate Ladies 5k and Men’s 8K Cross Country Championships which will be held after the County Juvenile Uneven Age groups titles have been decided.

Powerstown racecourse is the venue this Sunday for the County Intermediate Ladies 5k and Men’s 8K Cross Country Championships which will be held after the County Juvenile Uneven Age groups titles have been decided.

Eligibility for these Championships is that athletes must be 20 years of age on December 31, 2013.

We were treated to two great races at the recent County Novice Cross Country Championships promoted by Moyne Athletic Club. We had 43 ladies competing and 52 men competing, so hopefully we will get a similar response from all the Clubs again on Sunday in Clonmel.

In the Ladies race we had a clear cut winner of the Novice title with Carmel Fitzgibbon of Thurles Crokes a convincing winner with Niamh Hennessy of Templemore winning the Silver medal and Clare Devitt of Dundrum the Bronze medal. These three will once again play a prominent role in Sunday’s race while other athletes that will figure include Clare Annan of Carrick on Suir and the Clonmel duo of Aine Roche and Catherine Rice as well as Catherine Kelly of Dundrum who won the Silver medal in last year’s race.

Thurles Crokes will also be strong contenders as they will be going all out to add this title to the Inter Club Novice title won in Moyne and they will be looking to athletes like Carmel Fitzgibbon, Emma Carey, Jacqueline Hughes and Lyndsey Dooley. Moyne will be looking to athletes like Edel Leahy, Frances Long, Brigid Gleeson and Trish Campion to carry their colours to glory. Moore Abbey Milers will also be trying to build on their Bronze winning performances in the Novice as they will call on such athletes like Mairead Mulcahy, Martina Moloney and Maire O Shea. Clubs like Nenagh Olympic, Templemore and Carrick on Suir are all capable of a podium position if they get all their athletes out to compete. The race is 5k which is approx 2 and a half laps of the Powerstown circuit.