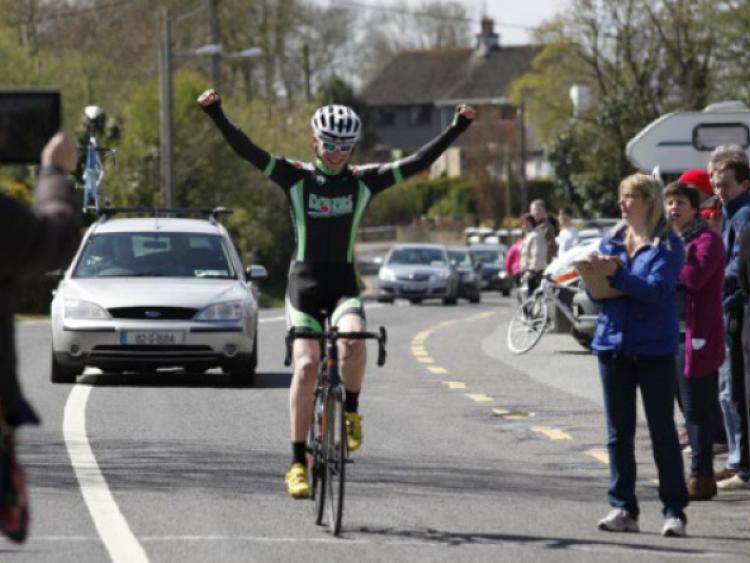 Sixteen year old Michael O’Loughlin has been named on the Irish cycling team for the European Youth Olympics in Utrecht, Holland in July following a series of five selection races.

Sixteen year old Michael O’Loughlin has been named on the Irish cycling team for the European Youth Olympics in Utrecht, Holland in July following a series of five selection races.

The Iverk Produce Carrick Wheelers cyclist has been on fire this season, winning a stage in the Youth Tour of Scotland representing the FBD Ireland 2020 Talent Team, and the Kanturk 2 Day race for the fourth consecutive year. He started the EYO selection process by finishing second in the Donamon time trial in Roscommon, just 4 seconds behind Declan Mulholland of Lurgan.

O’Loughlin followed this with another second place in the Corkagh Park circuit race in Clondalkin where Jake Gray of Dungannon emerged victorious. He was very disappointed with a fourth place in Dromore, Co. Down where he badly misjudged his sprint from an 11 man leading group.

However, a week later he showed his class by attacking and breaking clear on the hill out of Freemount to win the opening stage of the Kanturk 2 Day by a margin of two and a half minutes. Another second place followed in the final event which was a time trial from the Curragh to Rathangan in Co. Kildare with the powerhouse Mulholland taking the win.

Iverk Produce Carrick Wheelers Chairman John Dempsey paid tribute to his young clubmate this week. “Michael has targeted the European Youth Olympics for the past 18 months. In what was typically a very negative tactical series of selection races, he stood out as the most attacking rider. There is a lot more to come from him in July”.

In a further Carrick-on-Suir connection, the team will be managed by Martin O’Loughlin with Joe Hahessy traveling as team mechanic.