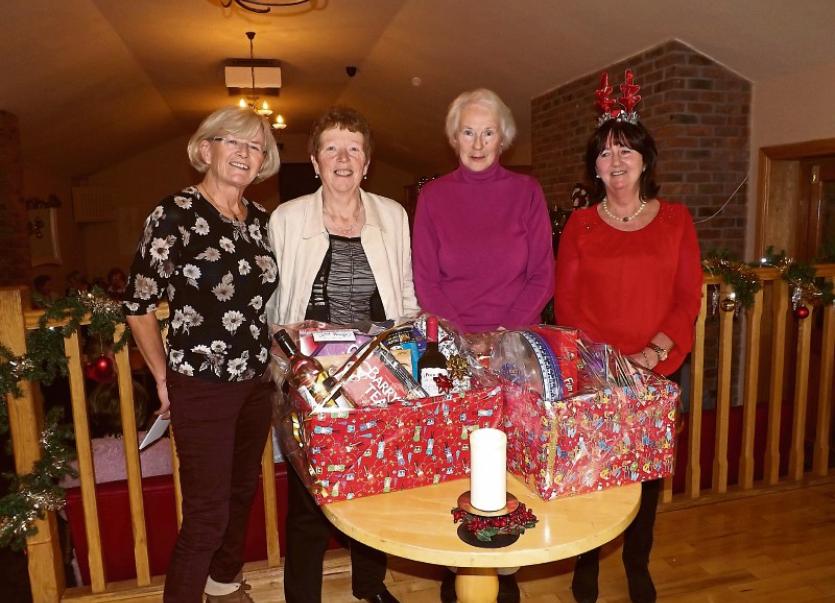 Congratulations to Paul Morrissey who was seven shots off the lead after the first round of the Captain’s Prize competition but came back in the final round on Sunday with a score of 62 nett to pip Eoin O’Sullivan and the overnight leader Diarmuid Heafey by just one shot. If Paul continues his great form he’ll be well on his way to becoming the “Player of the Year”. Paul has already won two of our Monthly Medal Competitions and is in the quarter finals of the McGarry Cup matchplay competition. Well done Paul. James O’Meara was the winner of the gross competition with scores of 72 & 70. Rowan O’Neill was the best Junior. The other prize winners were Glen Burke (4th), Pat Slattery (5th), Ray Morrissey (6) & Christopher Hickey (7th). Michael Knightly and Michael Dunlea had the best front and back nines respectively. Others to finish well but just missed out on a prize were Paul Kelleher, Mick Burke, Jack Kelly, James Dunne, Aaron Kiely and John Fitzgibbon. At the prize presentations the Captain Michael A O’Meara thanked everyone for taking part in the competition. He said the course was in great condition and everyone had great praise for Paul and his green-keeping staff for the effort they put in. He also said a special word of thanks to John McMenamin for the help he gave over the last few months in replacing course markers, course measurement etc. John also did great work in getting the new score card designed and ready for the printers.

Congratulations to Nora Ryan, the worthy and popular winner of our Lady Captain’s Prize.  Lady Captain Pauline Lucy had a very successful day.  The weather was kind – for a change – and the course was in excellent condition.  There was a good turnout of our lady members, and many returned to the club house for the presentation of prizes, followed by a lovely buffet.  The ladies danced the night away!  Well done to all involved. Tuesday’s 18-Hole, sponsored by Heather, was won by Hilary Murphy with Geraldine Maher second.

The winners of the mixed scramble in last Monday’s 12-Hole Competition. The winners on the night were Gabrielle Schofield, Emma McNally, Michael O’Meara and Brian McNally. So if you would like a nice social evening with a friendly game of golf and a cup of tea and some homemade cakes and buns, just come along between 5.30pm to 6.00pm for the draw for partners.

The Clonmel Oil Open singles qualifier takes place on Monday, Tuesday and Wednesday each week. €5 for members and €10 for visitors. The three qualifiers this week were John O’Sullivan, Barry Manning and Keith Kelly; they will now play in the final in October.

The results of the scramble held on Wednesday last was Michael O'Meara, Michael Kenrick & John Fitzpatrick winning with a score 84pts. The seniors meet for their weekly competition in Slievenamon every Wednesday at 9.30am for the draw with the competition starting at 10.00am.

The junior coaching is on every Saturday at 1.00pm. Jack Alton is our new Junior Officer. All juniors are welcome to attend and new members are always welcome. More details over the coming weeks.

Membership from now till the end of 2016 for €250 including GUI fees. Offer is open to those of you who have never been a member of our club before. We have Distance, Country and Mature Student membership for €150. Contact the club on 052 6132213.