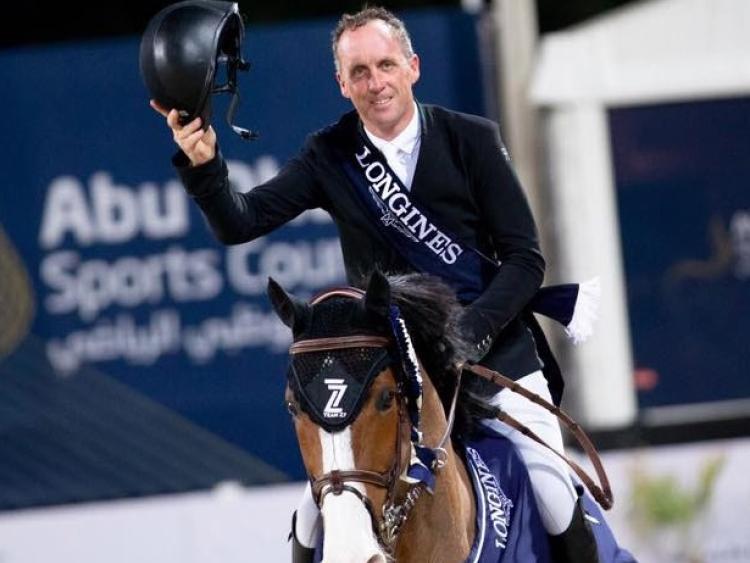 Tipperary’s Shane Breen has scored the first Irish win of a hectic four days of five-star show jumping action, which will see the country's riders compete across three continents.

Riding the Prince Torki Saud-owned 11-year-old mare Evita, Breen came out on top in Thursday's Sharjah Tourism 1m45 two-phase competition at Sharjah in the United Arab Emirates. Forty-five-year-old Breen finished almost a second-and-a-half ahead of German runner-up David Will with Darius de Kezeg Z in a competition that attracted 40 starters.

Sharjah will host a leg of the Longines FEI World Cup on Saturday, with Breen joined at the UAE venue by his younger brother Trevor Breen along with Kilkenny’s Jack Ryan. Eighteen-year-old Ryan has maintained his excellent form with a third place finish in Thursday’s 1m50 speed class. He partnered Ann Marie Fagan’s nine-year-old Essenar High Hopes to an excellent clear round, with victory going to Egypt’s Abdel Saïd ahead of German runner-up Christian Ahlmann.

This weekend also sees the Winter Equestrian Festival in Florida host it’s first five-star action of the season, with a massive $401,000 up for grabs in Saturday’s Fidelity Investments Grand Prix. A strong group of Irish riders will be among the starters, including Offaly’s Darragh Kenny, who has maintained his position at No.8 on the latest Longines World Rankings released this week.

One of the biggest movers on this month’s rankings was Tipperary’s Denis Lynch, who has jumped 12 places to 24 following his recent World Cup win in Leipzig, Germany. Lynch is in World Cup action again this weekend at Bordeaux in France along with County Louth’s Mark McAuley, while Galway’s Cathal Daniels is also at the French venue to take part in the Indoor Cross Country Derby.