Warning to Tipperary! Remember what happened the last time Wicklow came to Thurles! 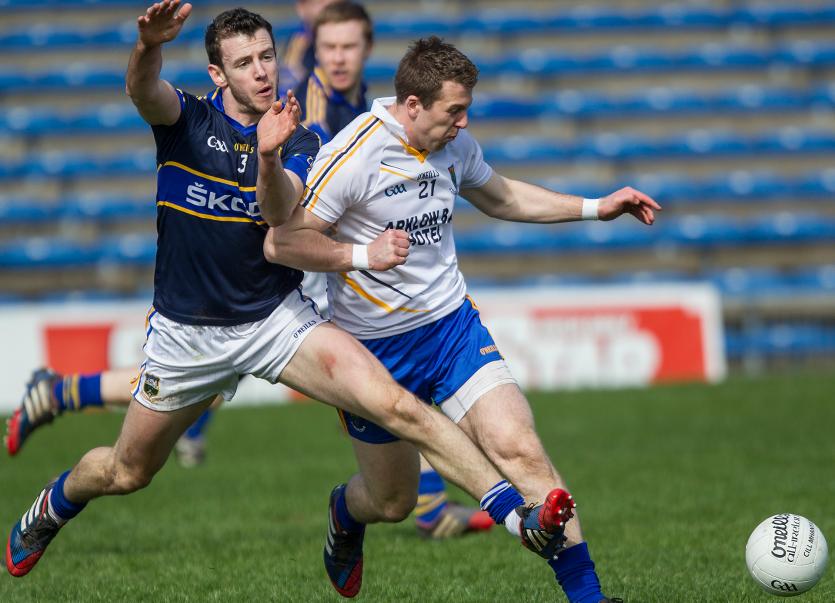 Action from the Tipperary v Wicklow League game in April 2014, the last time Wicklow played Tipperary. Here Tipperary captain Paddy Codd is in a race for possession with Chris Murphy.

Tipperary footballers welcome Wicklow to Thurles this coming Saturday evening for their second game in this year's National Football League. Both having suffered opening round defeats to Limerick and Offaly respectively will know that this is now do-or-die time for them with regards to making progress out of Division 3 this year.

The Garden County's last visit to Thurles was in April 2014 when both teams were operating in Division 4 and in an amazing end to that game the visitors scored three injury-time goals to win on a scoreline of 4-12 to 0-22. Never known to be soft touches on the field of play, Wicklow proved they were real battlers that day. The Leinster side were trailing by 0-22 to 1-12 after 70 minutes before Tipperary imploded and Wicklow took full advantage.

In a bizarre three minute spell at the end Wicklow somehow carved through the Tipp defence three times for well-taken goals to snatch victory from the jaws of defeat and end Tipperary's unbeaten run in Round 7 of that year's campaign.

Tipperary had secured promotion the previous week and fielded with seven changes. A few weeks later Tipperary, managed by Peter Creedon, would be crowned Division 4 champions with victory over Clare in the final played at Croke Park.

The Tipperary team that day was: