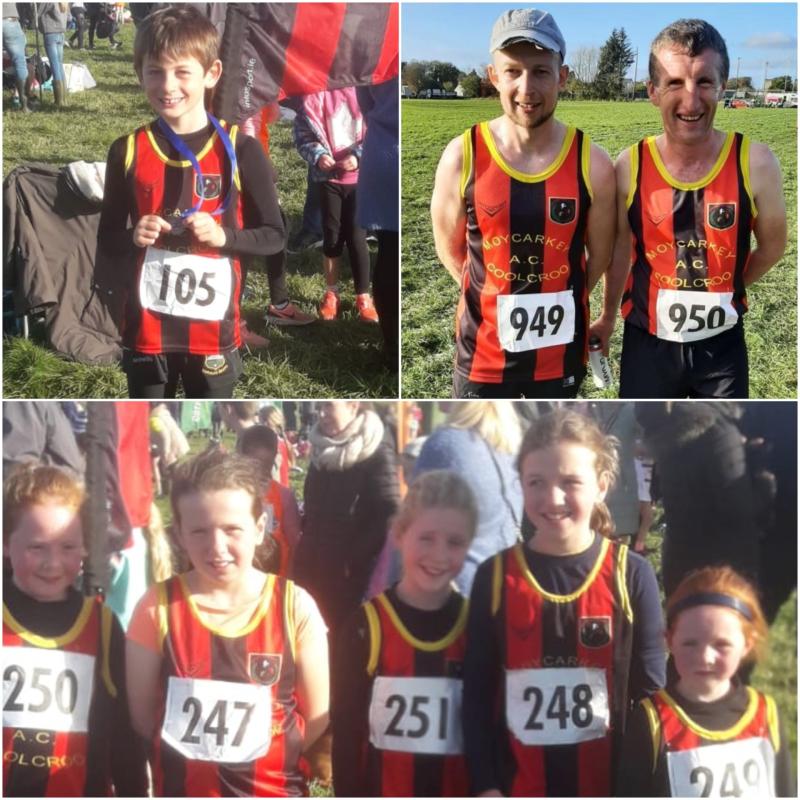 These cross country championships took place in Castlelyons Co.Cork, home of Thomas Kent whom Kent Train Station in Cork City is named after.

We had good representation once again from the club, The opening events were the Juvenile races the first of which were the Girls U9s here Aoife Timmons & Rachel Tye both ran well in 35th and 42nd place respectively.

In the Girls U11s Grace Ryan had a good run to lead the club home in 29th place and second scorer on the Tipp team that came 4th county, she was followed home by Mary Cummins in 112th, Lauren Franks 125th, Grace Ryan 135th & Eimear O'Dwyer 140th with the club finishing 16th, Well done Girls.

In the Girls U13s, Eimear Fogarty was first home in 81st place followed by Orlaith Timmons in 93rd well-done girls. In the Girls U15 Mollie Maher was flying the flag for the club running well in 40th place, Aoibheann Fogarty also ran well in the Girls U17s finishing 14th and 2nd Tipperary athlete home.

The last event of the day was the Men's Intermediate race, here we had Mossy Bracken & Paddy Cummins both having sterling runs in 5th and 7th place respectively, and second and third scorers on the Tipp County team that won the Silver medals Very well done to Everyone.