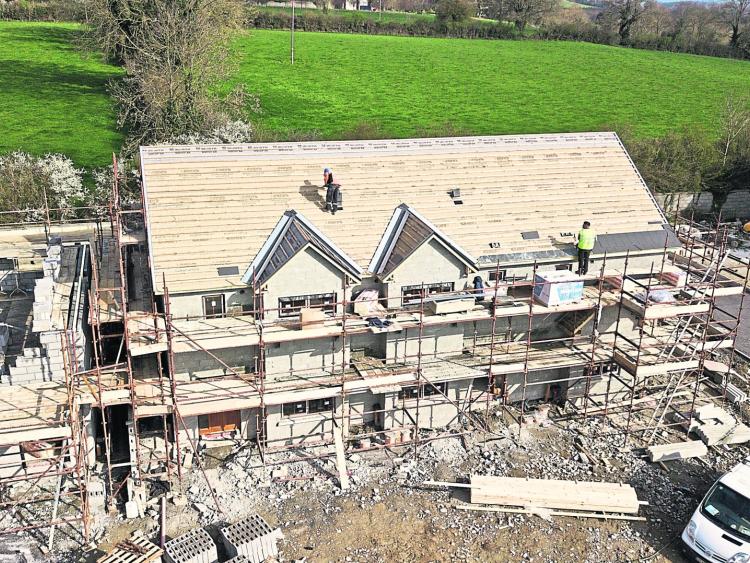 351 new dwellings in Tipperary were added to the GeoDirectory database in the twelve months to June 2019, according to the latest GeoView Residential Buildings Report, prepared by EY-DKM Economic Advisory on behalf of GeoDirectory.
Nationally, 24,773 new residential dwellings were added to the GeoDirectory database the past twelve months, representing 1.2% of the total national residential housing stock. The vast majority of these addresses were located in urban centres and on the east coast.
Over 50% of the total new addresses were added in the Greater Dublin Area, with 7,319 (29.5%) of these found in county Dublin. At the other end of the scale, Leitrim recorded the fewest new addresses, adding only 93. Longford (109), Cavan (164), Offaly (203) and Roscommon (230) rounded out the five counties in the country with the fewest new addresses.

Vacancy Rates and Derelict Buildings
The vacancy rate in Tipperary in June 2019 stood at 6.5%, higher than the national average of 4.8%.
The East-West divide in terms of vacant residential properties is still apparent. Counties in the north-west of the country recorded the highest vacancy rates with Leitrim (15.2%), Roscommon (13.3%), Mayo (12.9%), Sligo (10.4%) and Donegal (10.4%) all featuring in the top five.
Counties in the Greater Dublin Area, Dublin (1.2%), Kildare (2.1%) and Wicklow (3.1%) posted the lowest vacancy rates in the country.
GeoDirectory data also shows the amount of derelict buildings in the country. In June 2019, the total stood at 28,359, with the overwhelming majority (92.6%) found in rural areas. In comparison with 2015 levels, the number of derelict buildings has fallen by only 604.
Focusing on urban areas across the country, there were 1,860 derelict address points. These sites, particularly the ones found in rent-pressure zones, may present opportunities for residential developments in the coming years.
The report found that there were 25 derelict buildings in urban areas in Tipperary.
Commenting on the latest GeoView Residential Buildings Report, Dara Keogh, Chief Executive, GeoDirectory, said, “The construction industry is rising to the challenge of demand for housing, but it is clear that there is still some way to go to reach the required level of supply. Construction activity levels are almost four times higher than this stage in 2015 and this is reflected in the number of new property purchases. One in five houses bought in the last twelve months was new, and in commuter counties such as Meath, Kildare and Wicklow, this proportion was much higher.”
Annette Hughes, Director of EY-DKM Economic Advisory Services said, “It’s encouraging to see that Dublin and the Greater Dublin Area are benefiting from increased construction activity since our last report, having felt the strain of a lack of supply in recent years. However, with such low levels of construction activity outside of Leinster, this analysis shows that more still needs to be done to encourage more balanced regional development so as to attract talent to areas outside of the capital and achieve the ambitious objectives set out in the National Development Plan.”
The GeoDirectory database is the most comprehensive address database of dwellings in the Republic of Ireland. A copy of the GeoView Residential Buildings Report is available at www.geodirectory.ie