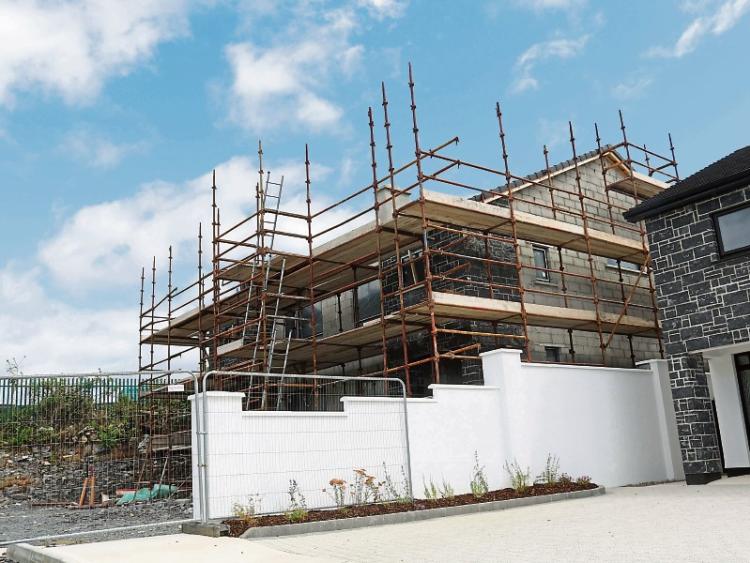 Tipperary County Councillor Michael O'Meara (Ind) has called on the planning section of the local authority to reconsider any planning application granted in the past 20 years where the dwelling/structure has been started, but not completed.

“I am asking that any dwelling constructed to wall plate level be considered under the conditions it was previously granted planning, except for new guidelines under the EPA waste water requirements.

“I request this as a once off amnesty to allow the completion of ghost one off dwellings and structures which are a blight on the landscape. Most of these are a legacy of the economic downturn and will never be completed if we don't adopt a creative approach to address this problem. I suggest this as a way of addressing a need for housing and also as a way of revitalizing rural areas. I am also requesting that local needs policy does not apply on any dwelling outlined above,” he said in his Notice of Motion.

Cllr O'Meara asked the council planning section to have a look at their policy again and said that there are opportunities for builders to finish off many commenced homes throughout the county. The buildings, in some instances are dangerous, he said, and he would love to see new families having the opportunity to occupy the homes and bring new life to the communities, including schools, shops, pubs etc.

Cllr Eddie Moran supported the motion and said that it made a lot of sense while Cllr John McGrath said that many other counties tweak their policies when they need to and he would love to see Tipperary County Council doing the same.
Cllr Michael Fitzgerald said that houses ended up being incomplete for all kinds of reasons including job losses, emigration and other economic realities. However, he said that it makes no sense for potential occupiers to have to come back and engage in the whole planning process once again just because they wish to complete the houses.

“For instance, I cannot understand how an archaelogical dig would have to take place again on the same site a few years later. If they didn't find anything the first time round, they are hardly going to find anything now, so why put that cost and expense on people. I also, don't understand why all planning applications now seem to have to go to the Department of Heritage for some kind of comment or another,” he said.

Cllrs John Carroll and Ger Darcy also supported the Notice of Motion.
Cllr O'Meara received a reply from the planning section stating that any unfinished or partially built houses in rural areas can be completed under current policies by any applicant that can demonstrate a local housing need.