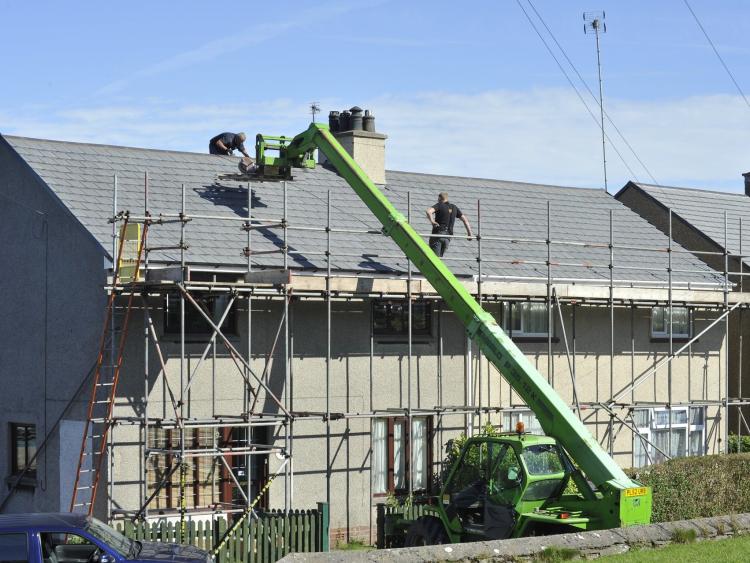 A councillor has called on Tipperary County Council to reconsider any planning application granted in the past 20 years whereby the dwelling/structure has been started but not completed.

In a motion before the recent meeting of the Council, Cllr Michael O’Meara requested that any dwelling constructed to wall plate level be considered under the conditions it was previously granted planning permission, except for new guidelines under the Environmental Protection Agency’s waste water requirements.

“I request this as a once-off ‘amnesty’ to allow the completion of ghost one-off dwellings and structures which are a blight on the landscape. Most of these are a legacy of the economic downturn and will never be completed if we don’t adopt a creative approach to address this problem,” Cllr O’Meara’s motion stated.

“I suggest this as a way of addressing a need for housing and also as a way of revitalising rural areas. I am also requesting that the local needs policy does not apply on any dwelling outlined above,” the motion added.

Cllr O’Meara requested that builders be allowed to complete houses that are an “eyesore” before the new County Development Plan comes into effect. “In some cases these properties are dangerous. There can be a health and safety issue with houses that are up to wall plate level and that didn’t go any further,” he told the meeting.

“I think we should bring these houses to the market and allow builders to finish them off. It could be the difference between keeping a hurling team or a school going by having a few new families come into these communities,” he added.

SUPPORT FOR MOTION
The motion was supported by councillors, with Cllr Eddie Moran calling for a “common sense approach” to addressing the issue, whilst Cllr John ‘Rocky’ McGrath highlighted the dangers of kids climbing the incomplete houses.

Cllr Michael Fitzgerald said numerous reasons prevented people from finishing their houses over the years including lack of employment, emigration and other personal issues. “When they go back to finish their houses now, planning has run out and they have to go over the whole situation again and it’s not easy,” Cllr Fitzgerald said.

Cllr Fitzgerald questioned why planning applications have to go to the Department of Housing, Local Government and Heritage for a comment.

“I have every respect for our culture and heritage, but I guarantee to you that even if there was an archaeological survey done 20 years ago and nothing showed up that it would not stand up today. It has to go back through the Department of Heritage again.

“This puts a total unnecessary financial burden on people, that they find themselves having to pay someone €4,000 or €5,000 just to be there when a dig is taking place. If it was OK underground 20 years for over a thousand years, surely it should still be OK today,” Cllr Fitzgerald said.

In reply to the motion, Council management said unfinished or partially built houses in rural areas can be completed under current policies by any applicant that can demonstrate a local housing need.

“The proposal to apply an ‘amnesty’ for individual circumstances is not possible within the provisions of the Planning and Development Act, 2000 (as amended). However, this matter can be considered as part of the preparation of the new County Development Plan,” Council management added.