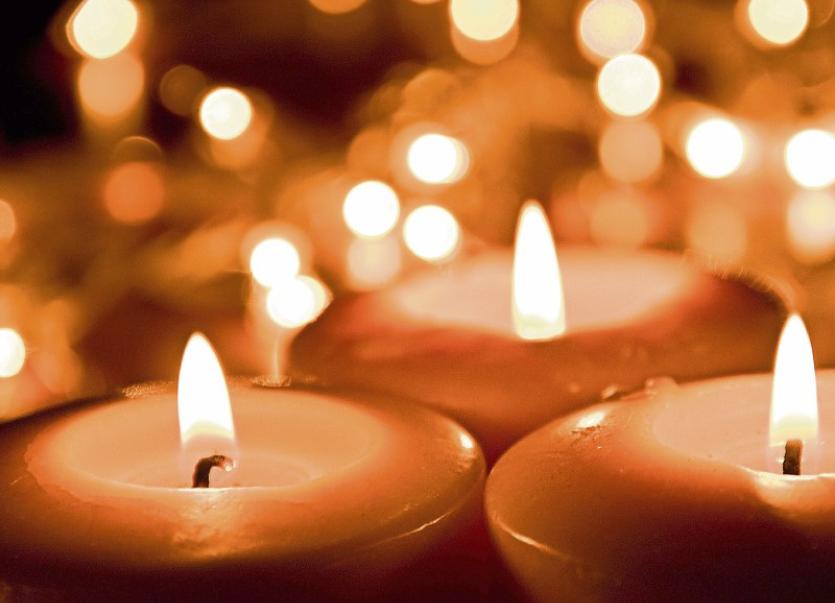 Reposing at Condons Funeral Parlour, Clonmel on Thursday from 5.00pm, with removal at 7.00pm to SS Peter & Paul’s Church. Funeral Mass on Friday at 11 o’clock followed by burial in Burncourt Cemetery.

Reception in St Colman's Cathedral, Wednesday evening, at 7.30pm. Requiem Mass on Thursday at 10am followed by burial in St. Colman's Cemetery. House private please. Family flowers only. Donations in lieu, if desired, to Our Lady's Children's Hospital, Crumlin.

The death has occurred of Kitty Nolan, formerly Kennedy Park, Thurles, after a long illness, in the loving care of the Matron and staff of St Theresa's Nursing Home, Thurles. Deeply regretted by her friend Eileen Egan, neighbours and friends of Kennedy Park.

Reposing at Grey’s Funeral Home, Templemore, Wednesday evening, from 4pm.  Removal at 7.30pm to St. James’ Church, Killea, to arrive at 8.30pm. Requiem Mass on Thursday at 11am. Interment in the adjoining cemetery afterwards. Donations, if desired, to Diabetes Ireland.

The death has occurred of Declan Burke-Kennedy, Carrigahorig, Nenagh and earlier of Westfield Rd., Dublin and The Irish Times, on 5 December 2016, peacefully, in the superb care of the staff of Milford Hospice, Limerick. Declan was surrounded by his devoted family; wife Mary Elizabeth, daughters Ruth, Emma and Niamh, grandson Tadhg, sons-in-law Richard Walshaw and Michael Hannan and Niamh’s partner Lucy Valladares Roca. Deeply missed by his brother Paul, sister in-law Moninne, sister Helen, brother-in-law Brendan O’Keeffe and by his loving nieces and nephews. Also mourned by his many devoted friends.

Reposing at his home in Carrigahorig, Tipperary on Wednesday, 7th December, from 6pm to 9pm. Then in Fanagans Funeral Home, Lower Kimmage Rd, Harold’s Cross, Dublin on Thursday, 8th December, from 3.30pm to 5.30pm. Memorial service and cremation at the Victorian Chapel, Mount Jerome, Harold’s Cross on Friday, 9th December, at 2pm. No flowers by request – donations to the Irish Hospice Foundation preferred.

Reposing at his residence on Wednesday evening from 3.00 with rosary at 8.00. Private Removal on Thursday afternoon at 1.30 arriving in St. Cronan's Church, Roscrea for Funeral Mass at 2.00. Burial afterwards in the adjoining cemetery.