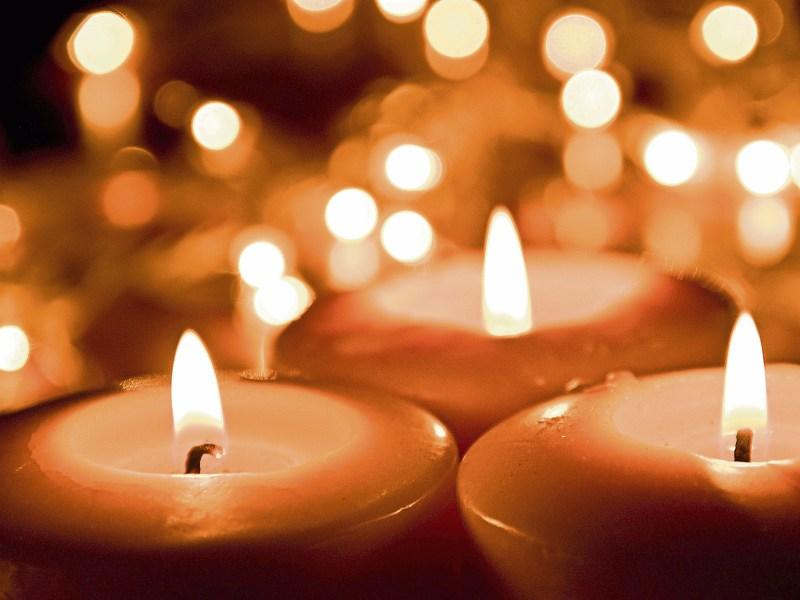 Reposing at Condons Funeral Parlour, Clonmel on Friday evening from 5pm, with removal at 7.30pm to SS Peter & Paul’s Church. Funeral Mass on Saturday at 1pm followed by burial in St Patrick’s Cemetery.

Reposing at his home this Thursday from 4pm with removal at 7pm to the Church of the Assumption, Knockavilla. Requiem Mass Friday at 11.30am, followed by burial in Ballintemple Cemetery.

Reposing at Ryan's Funeral Home, Ashbourne this Thursday afternoon from 3pm with removal at 6.30pm to St Cianan' s Church, Duleek arriving for 7pm. Funeral Mass on Friday at 11am with burial immediately afterwards to Holycross Cemetery.

William was laid to rest with his parents Dan and Mary in St. Michael's Cemetery, Tipperary. Funeral strictly private at his own request. Months Mind Mass to follow.

Reposing at O'Sullivan's Funeral Home, Kilbehenny on Thursday from 6 p.m. to 8 p.m. followed by removal to the Church of the Assumption, Burncourt. Requiem Mass on Friday at 11 a.m. Burial afterwards in the adjoining cemetery.

Reposing at her daughter Anne's residence in Maryfield Crescent on Thursday evening from 5pm to 8pm. Reposing on Friday evening at her home in Farney Bridge, Holycross, from 5pm to 8pm. Funeral Mass on Saturday morning at 11.30am in Holycross Abbey followed by burial in the adjoining cemetery. Family flowers only please. Donations in lieu to Beaumont Hospital.

Reposing at his residence this Friday evening from 4pm. Removal at 6.30pm to the Church of the Sacred Heart, Templemore, to arrive at 7.30pm. Requiem Mass on Saturday at 11.30am. Interment in St. Joseph’s Cemetery, Templemore afterwards.

Reposing at Grey’s Funeral Home, Templemore this Thursday evening from 5pm. Removal at 7.30pm to the Church of the Sacred Heart Templemore, to arrive at 8.15pm. Requiem Mass on Friday at 11.30am. Interment in St. Joseph’s Cemetery, Templemore afterwards.