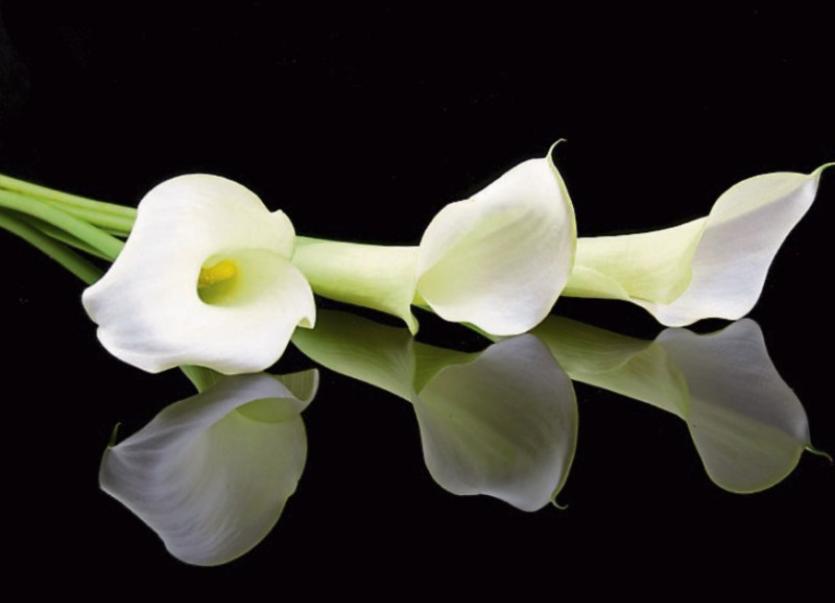 Reposing at his residence this Friday evening from 4pm. Removal at 6.30pm to the Church of the Sacred Heart, Templemore, to arrive at 7.30pm. Requiem Mass on Saturday at 11.30am. Interment in St. Joseph’s Cemetery, Templemore afterwards.

The death has occurred of Jon Daly, Carrig, Roscrea, and also of Suffolk, England.

Reposing in Maher's Funeral Home, Roscrea on Sunday evening from 5.00 with rosary at 8.00. Private removal from his residence on Monday morning at 11.15 arriving in St. Cronan's Church, Roscrea for Funeral Mass at 12.00. Burial afterwards in the adjoining cemetery.

Reposing at his residence this Friday evening from 5pm until 9pm. Removal on Saturday morning to St Ruadhans church of Ireland for service at 12 noon. Burial afterwards in St Ruadhans R.C cemetery. Family flowers only please, donations if desired to Milford Hospice.

Reposing at Condon's Funeral Parlour on Saturday evening from 5.30pm, with removal at 8.00pm to SS Peter & Paul’s Church. Funeral Mass on Sunday at 12.30pm followed by burial in St Patrick’s Cemetery.

Reposing at her son Pat’s residence, Garryandrew, Rosegreen on Saturday evening from 4pm with Removal at 7.30pm to Rosegreen Church. Funeral Mass on Sunday at 1.30pm followed by burial in the adjoining cemetery.

The death has occurred of Tom McCluskey, formerly of Rosebower, Cahir Road, Cashel, peacefully at his home in East Yorkshire, United Kingdom. Only son of James McCluskey and Maura Browne R.I.P. Beloved brother of Una. Tom is sadly missed by his sister Una, his cousins, his aunts-in-law and his many friends.

A funeral service will be held on Tuesday, 13th December 2016, at the Cemetery Chapel, Cemetery Road, York at 12.30pm, followed by the committal ceremony at the crematorium. A Mass will be said for Tom at the Oratory, St Joseph's, The Lake House, Rockwell College, Cashel, at 12 noon on Sunday, 21st May 2017.

Reposing at Devitt's Funeral Home, The Green, Cashel on Sunday evening from 5.00pm to 6.30pm. Removal to St John the Baptist Church, Cashel at 7pm. Funeral Mass on Monday at 11.30am, with burial afterwards in adjoining cemetery.