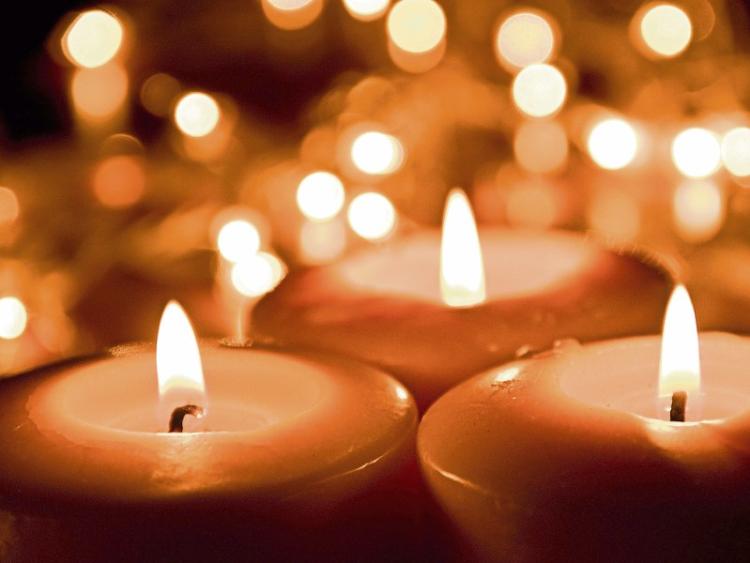 Reposing at her residence on Thursday evening from 6pm to 8pm. Funeral arriving at St. Mary’s Church, Irishtown on Friday at 11.45am for Requiem Mass at 12 noon. Burial immediately afterwards in St. Patrick’s cemetery. House Private on Friday morning, please. Family flowers only. Donations if desired to South Tipperary Hospice Movement.

Reposing at Walsh’s Funeral Home, Carrick on Suir on Friday evening from 5pm with removal at 6.30pm to Rathgormack Church. Funeral Mass on Saturday at 11am followed by burial in the adjoining cemetery. Family flowers only – donation, if desired, to Irish Heart Foundation.

The death has occurred of Aileen Lambe, late of Thurles,  and, Romans-sur-Isère, Auvergne-Rhone-Alps, France. Aileen slipped away gently and peacefully after a long illness surrounded by her loving family and friends. Daughter of the late James and Aileen Lambe, and sister of the late Maree Lambe, Glenmorgan House, Thurles. Beloved mother of Jenny, Alice and Anais , sister of Annette Kelly and Carol Davis and of brothers Jim (Denmark) and John (California), and loving grandmother. Deeply regretted by her family,extended family and many friends in Ireland and France.

Aileen’s remains will be cremated at a service in France on 15th December 2016. A gathering for family and friends to celebrate her life will be held in Ireland at a date in 2017, yet to be announced.

The death has occurred of Peggy Power (née Gee), late of Ashpark Village and formerly of Seskin, Carrick on Suir.

Reposing at Walsh’s Funeral Home, Carrick on Suir on Thursday evening from 4.30pm with removal at 6pm to the Friary Church, Carrickbeg. Funeral Mass on Friday at 11am with burial in Rathgormack Cemetery. Family flowers only. Donations, if desired, to Saint Brigid’s Hospital, Carrick on Suir.

Reposing at St Theresa's Hospital, Clogheen on Friday from 5.30pm. Removal at 7.30pm to St Mary's Church, Clogheen. Requiem Mass on Saturday at 11am. Burial afterwards in Shanrahan Cemetery.

Reposing at Grey’s Funeral Home, Templemore this Friday evening from 4pm to 9pm. Removal on Saturday morning to the Church of the Sacred Heart, Templetuohy for Requiem Mass at 11.30am. Interment in the adjoining cemetery afterwards.

Reposing at O'Dwyer's Funeral Home, Upperchurch on Thursday evening from 5 pm with removal at 7.30 pm to the Church of the Immaculate Conception, Templederry. Funeral Mass on Friday at 12.30 pm followed by burial in the local cemetery. Family flowers only. Donations if desired to The Community Hospital of the Assumption, Thurles.

Body was donated for Science research to the University Cork.

Funeral Mass on Saturday, 17th December in St. Cronan's Church, Roscrea at 12.00 with burial immediately afterwards in the adjoining cemetery.

Reposing in Maher's Funeral Home, Roscrea on Friday evening from 4.00 with removal at 6.30 arriving in St. Cronan's Church, Roscrea at 7.00. Funeral Mass on Saturday at 10.00 followed by burial afterwards in the adjoining cemetery.