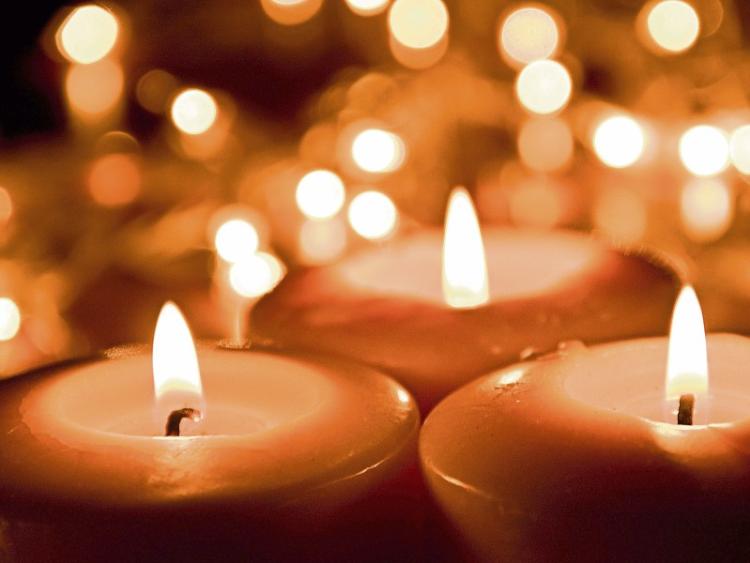 Predeceased by her husband Pat, deeply regretted by her son PJ, brothers Tommy, John and Denis, sisters Chrissie, Mary, Bridget, Tessy and Phyllis, brothers-in-law, sisters-in-law, nieces, nephews, relatives, neighbours and a wide circle of friends. Reposing at Ardeen Funeral Home on Tuesday evening, 20th December, 2016 from 5pm to 7pm arriving at Holycross Abbey at 7.30pm. Funeral Mass on Wednesday, 21st December, 2016 at 11.30am, burial after Mass in the adjoining Cemetery.

The death has occurred of Christine (Crissy) Walsh (née Hayes) of Coolag,h Ballinaclough and late of Ballyvandron Ballinaclough., Nenagh, and Ferrybank, Waterford.

The death has occurred of Kitty Bradshaw (née Quirke) of Ballinamona, Golden

Predeceased by her husband John. Deeply regretted by her loving family, sons Sean, Pat, Eamon and Vincent, brother Paddy, grandchildren, daughters-in-law, sisters-in-law, nephews, niece, cousins, relatives, good neighbours and friends. Reposing at the Woodlands Nursing Home, Dundrum, this Monday from 5.30pm with removal at 8pm to the Church of the Assumption, Knockavilla. Requiem Mass on Tuesday at 11.30am, followed by burial in Ballintemple Cemetery. Family flowers only, donations, if desired, to Irish Cancer Society and South Tipperary Hospice.

The death has occurred of James-Michael Fitzpatrick of 16 Cherrymount, Clonmel.

Deeply regretted by his loving wife Liz, stepchildren Jackie, Migquel and Louie, grandchildren, brothers Anthony and Noel, sisters Lilah and Elaine, nieces, nephews, relatives and friends. Reposing at his residence on Monday evening from 4pm to 8pm. Funeral arriving at S.S. Peter and Paul’s Church at 12.45pm on Tuesday for Requiem Mass at 1pm with burial immediately afterwards in St. Patrick’s Cemetery. Family flowers only, please. Donations, if desired, to Friends of South Tipperary General Hospital.

The death has occurred of Philip Harold-Barry of No.1 Desmond Drive, Adare, Limerick, and Tipperary.

The death has occurred of Brendan Martin of Bulfin Crescent, Nenagh, and Gortagarry, Tipperary.

Predeceased by his beloved daughter Ann. Deeply regretted by his loving wife Nancy and his cherished children Francis, Kathleen, Noreen, Mary and Austin, Brother John Joe. his 8 grandchildren and 6 great-great-grandchildren, sons-in-law, daughters-in-law, sisters-in-law, nephews and nieces, relatives, neighbours and friends. Reposing at Ryan's Funeral Home, Nenagh, this Monday from 6.30pm to 8.30pm. Remains arriving to Gortagarry Church on Tuesday for requiem Mass at 11am followed by burial in the church grounds.

The death has occurred of Padraig (Pat) McEntee of Thurles

Sadly missed by his sisters Margaret (De Veale), Bridie (Griffin) and Kathleen (Lawless), sister-in-law, brothers-in-law, nieces, nephews and aunt, cousins, relatives, his work colleagues and friends. Reposing in Kennedys Funeral Home, Dublin Road, Thurles, on Monday evening from 6 p.m. to 8 p.m. to arrive in the Cathedral of the Assumption on Tuesday morning at 10.15 a.m. for Funeral Mass at 11 a.m. followed by burial in St. Patrick's Cemetery.