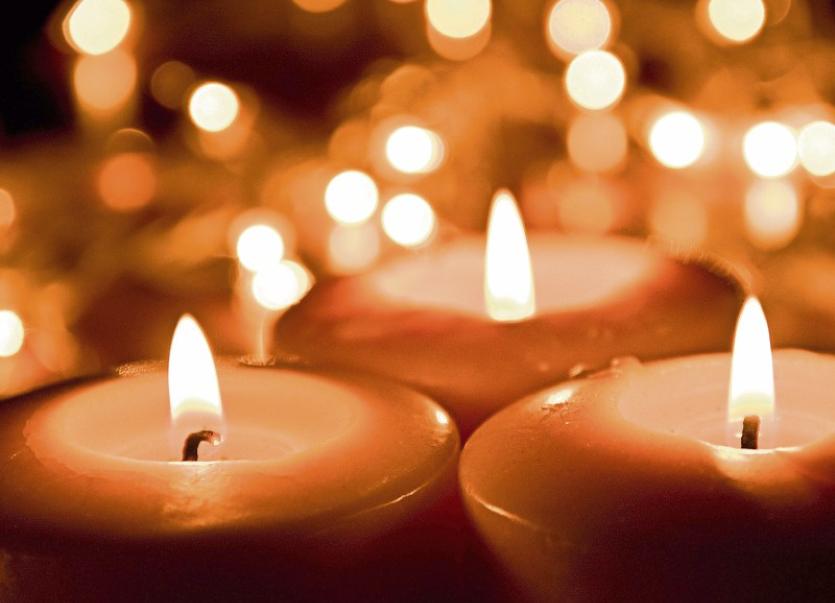 Reposing at O’Donoghue’s Funeral Home Kickham St., Clonmel on Thursday evening from 5pm to 8pm. Funeral arriving at St. Mary’s Church, Gambonsfield, Kilsheelan at 10.45am on Friday for Requiem Mass at 11am. Burial immediately afterwards in the adjoining cemetery. Family flowers only. Donations if desired to South Tipperary Hospice Movement.

The death has occurred of Sr. Agnes Quirke L.S.A., Patrickswell Place, Finglas West, on December 24th, 2016 in her 92nd year. Formerly of Ballycamas House, Clonoulty, Co. Tipperary. Predeceased by her brothers Dan, Jim, John, Phil and PP, sisters Annie, Mary, Nora, Brigid and Josephine. Deeply regretted by her nieces, nephews, sisters-in-law Eilish, Josie and Kathleen, grandnieces, grandnephews, by her religious family the Little Sisters of the Assumption, extended family and her many friends.

Removal on Thursday evening to the Church of the Annunciation, Finglas West arriving at 5.30 o'c. Funeral Mass on Friday morning at 10 o'c followed by burial at Dardistown Cemetery.

Arrival on Friday for 11am Mass in the Church of The Assumption, Ballyporeen. Burial afterwards in St Mary's Cemetery.

Reposing at O'Dwyer's Funeral Parlour, Carrick on Suir, on Thursday, 29th December, from 4pm to 5.30pm with removal to St Nicholas' Church. Funeral Mass Friday 30th at 10.30am with burial after in the friary churchyard.

Reposing this Friday evening from 6pm at Daffy's Funeral Home, Kilmallock followed by removal at 7.30pm to Our Lady of the Assumption Church, Bulgaden. Funeral Saturday after 11am Requiem Mass to the Island Crematoium, Ringaskiddy, Co.Cork.

Reposing at St. Patrick's Funeral Home, Dunkerrin on Friday morning from 11.30am until Removal at 1pm to Dunkerrin Church of Ireland for Funeral Service at 1.30pm. Interment in the adjoining Graveyard.

Peacefully in the arms of Amanda & Robyn at Midlands Regional Hospital, Tullamore.

Will be sadly missed be her loving family and many friends.

Reposing in Maher's Funeral Home, Roscrea on Friday morning from 10.00 with removal at 12.30 arriving in St. Cronan's Church of Ireland, Roscrea for Funeral Service at 1.00. Burial afterwards in Dungar cemetery.

Requiem Mass in the Church of the Most Holy Redeemer, Newport on Saturday, 31st December, at 11.30 a.m. Followed by burial in Rockvale Cemetery, Newport, Co. Tipperary.

Funeral Mass on Friday morning at 11.30am in the Church of the Holy Spirit, Youghalarra, Newtown, Nenagh, followed by burial in Castletown Cemetery. Family flowers only, donations, if desired, to the R.N.L.I.