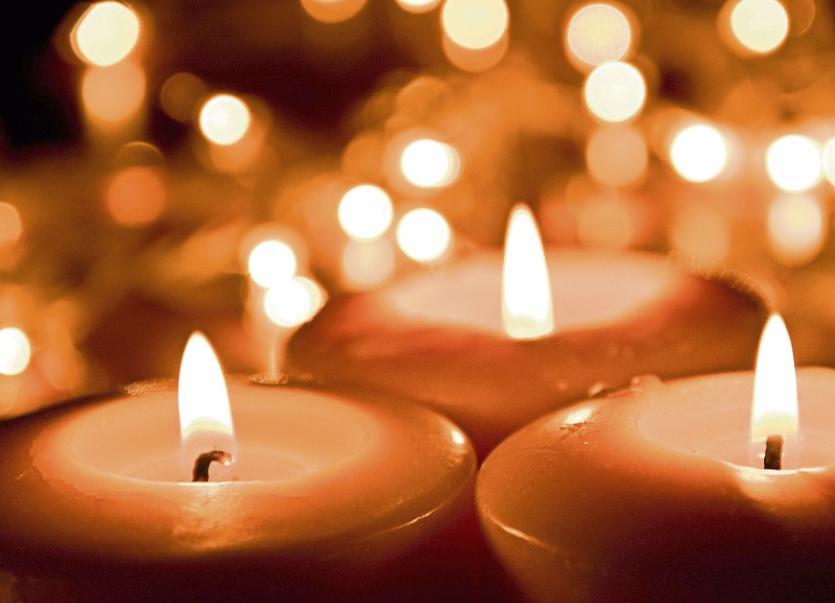 The death has occurred of Mary Keating, Toureen, Cahir. Mary passed away peacefully at her home in the care of her loving family. Predeceased by her brother Geoffrey and sister Joan (Boles). She will be sadly missed by her loving brothers TJ, Mickey, Bernie, Tony, Oliver and Matt, sisters Breeda (Noonan), Teresa (Healy)and Lily (Carter), nephews, nieces, grandnephews and grandnieces, extended family, neighbours and friends.

Reposing at Costigan’s Funeral Home, Cahir on Monday evening from 5pm to 7pm. Funeral arriving to the Church of the Assumption, Kilmoyler on Tuesday morning for mass at 11.30am with burial afterwards in Killaldriffe Cemetery. Family flowers only please donations if desired to South Tipperary Hospice Movement.

Reposing at Devitt’s Funeral Parlour Monday evening from 4.30pm with removal at 7.30pm to the Church of the Blessed Sacrament, Golden. Requiem Mass on Tuesday at 11.30am followed by burial in the adjoining cemetery. Family flowers only please, donations if desired to Cluain Árann.

The death has occurred of Michael (Mike) Molloy, Portland, Lorrha and Shannon Park, Portumna, Galway. Michael passed away on December 31st in the care of his family. He is sadly missed by Marian and their daughter Grainne, his sister Trena (Kelly, Galway), his brother Dom (Stoneyisland), sister-in-law, brother-in-law, nieces, nephew, relatives and friends.