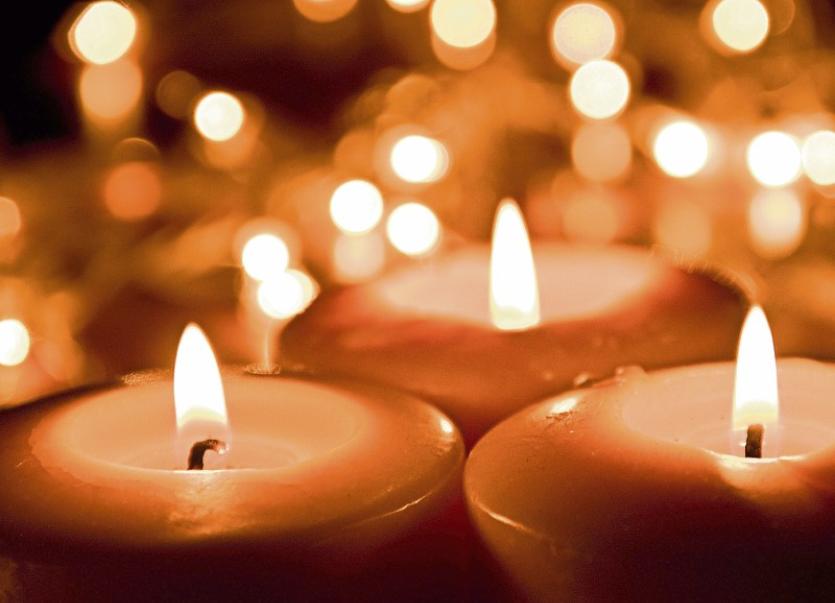 Reposing in Billy Foley’s Lounge Bar, Friar Street, this Friday evening from 5.00pm with removal at 7.30pm to St. John the Baptist Church, Cashel. Requiem Mass on Saturday at 12 noon, followed by burial in the adjoining cemetery.

Reposing at her home on Friday from 4pm with prayers at 8pm. Funeral arriving to The Church of the Sacred Heart, Killusty on Saturday morning at 10.45am for Requiem Mass at 11am followed by burial in the adjoining cemetery.

The late May Hennessy

Reposing at St Theresa's Hospital Clogheen on Friday from 5pm to 7pm. Removal to the Church of The Assumption, Ballyporeen at 7.30pm. Requiem Mass on Saturday at 11am. Burial afterwards in St Mary's Cemetery, Ballyporeen.

The late May Jess

The death has occurred of May Jess, Lacey Villas, Tipperary Town, on January 11th 2017 in the loving care of the Matron and Staff of Deer Park Nursing Home. Sadly missed by her loving family, brothers John and Dominic, sisters-in-law, nephews, nieces, grandnephews, grandnieces, relatives, neighbours and friends.

Reposing at Whelan's Funeral Home, Bansha Road, Tipperary on Saturday evening from 6pm with removal at 7.30pm to St. Michael's Church, Tipperary. Requiem Mass on Sunday at 11am and funeral afterwards to St Michael's Cemetery, Tipperary. Family flowers only. Donations, if desired, to the Irish Kidney Association.

Reposing at Reilly's Funeral Home, Woods House, Clane on Sunday from 4 - 7pm, with rosary at 6pm. Removal on Monday morning at 9.30am to arrive at The Church of Our Lady & St. David, Naas for 10am Funeral Mass, followed by burial in Bodenstown Cemetery, Sallins.