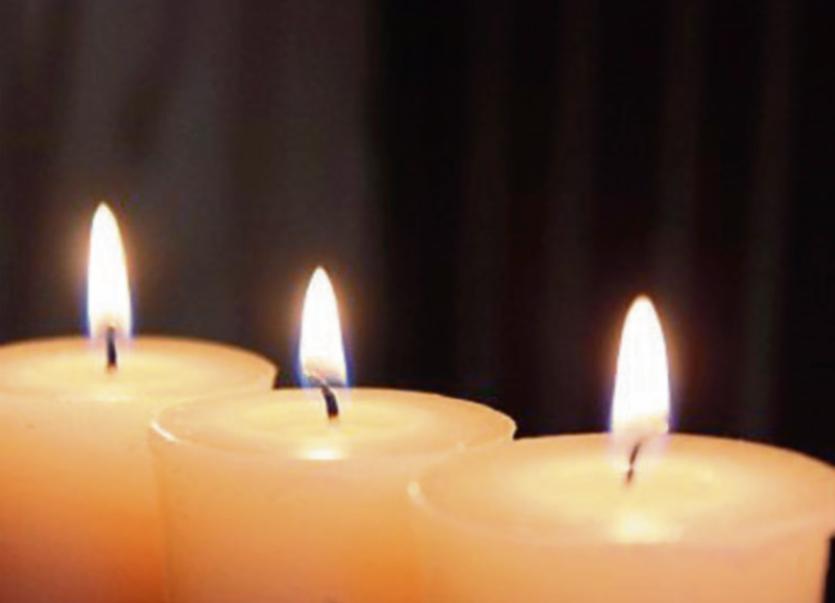 The death has occurred of Michael Shore, late of Doncaster, England and formerly of Main Street, Golden, Co. Tipperary.

Reposing at Devitt’s Funeral Parlour this Saturday evening from 6pm with Removal at 7.30pm to the Church of the Blessed Sacrament, Golden. Funeral Mass on Sunday at 11am followed by Burial in the adjoining Cemetery.

Reposing at her home tomorrow, Thursday, from 4pm to 8pm. Remains arriving to Our Lady of Lourdes Church, Silvermines on Friday for Requiem Mass at 11 o'clock. followed by burial in Kilmore Cemetery.

Predeceased by her husband Michael, deeply regretted by her brothers Tom and Paddy, sisters-in-law, brother-in-law, nieces, nephews, relatives and a large circle of friends.

Reposing at Egan's Funeral Home, Thurles Thursday, 26th January 2017, from 5pm with removal at 7pm to The Cathedral of The Assumption, Thurles. Requiem Mass Friday at 11am and burial afterwards in St. Patrick's Cemetery, Thurles. Family flowers only, donations, if desired, to The Hospital of the Assumption.

Sadly missed by her sister-in-law, nephews, nieces, grandnephews and grandnieces, neighbours, relatives and friends Rest in Peace. Reposing at her nephew Michael's residents Behamore on Thursday evening from 4pm to 7pm.

Funeral Mass on Friday at 12 noon in St Michael and John's Church, Cloughjordan. Burial afterwards in the adjoining cemetery.

Reposing at Meehan's Funeral Home, Newport on Thursday evening from 6 pm with removal at 7.30 pm to Toor Church. Requiem Mass on Friday at 11.30 am, burial afterwards in Rockvale Cemetery, Newport.

The death has occurred of Eleanor Maher, late of Davitt Street, Tipperary Town.

Predeceased by her father Tom, mother Emma and sister Mary. Sadly missed by her loving family, relatives and friends.

Reposing at Hugh Ryan's Funeral Home, Slievenamon Road, Thurles on Friday, 27th January, from 5pm to 7pm. Arriving at the Cathedral of the Assumption, Thurles at 7.30pm. Requiem Mass on Saturday, 28th, at 11am. Burial afterwards in St. Patrick's Cemetery, Thurles.