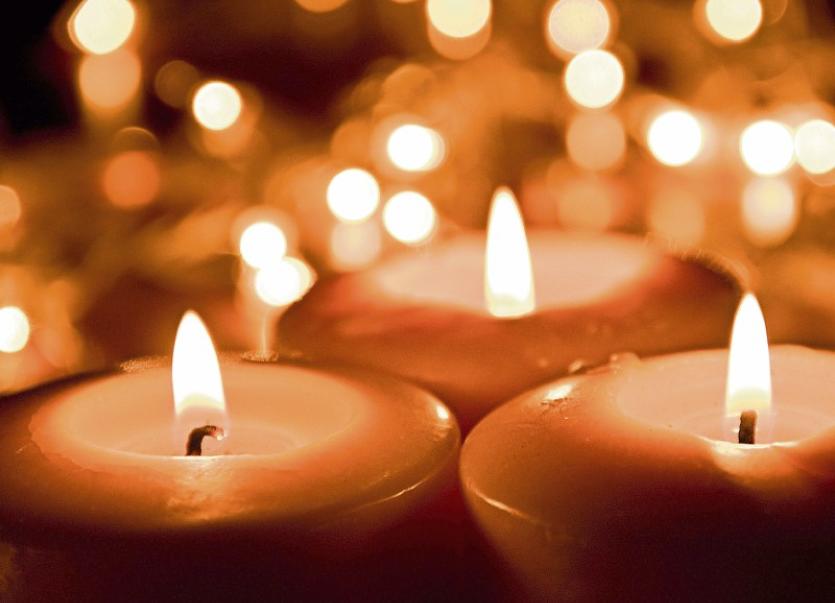 The death has occurred of Gus Nugent, formerly of Newcastle and  Parnell Street, Clonmel.

Reposing at Condons Funeral Parlour on Thursday from 5pm, with removal at 7.30pm to Our Lady of the Assumption Church, Newcastle. Funeral Mass on Friday at 11am followed by burial in the adjoining cemetery. Family flowers only please.

Reposing at O’Donoghue's Funeral Home on Thursday evening from 7pm to 8pm. Removal on Friday morning at 10am to The Island Crematorium for private cremation.

Reposing at his residence Olde Shanbally, Burncourt on Thursday from 4pm to 8pm. Requiem Mass at 11am on Friday morning in the Church of the Assumption, Burncourt Followed by burial in the adjoining cemetery.

Family flowers only. Donations in lieu to South Tipperary Hospice.

The death has occurred of Eithne Teresa Davern, Thurles, peacefully, in Johannesburg, South Africa, in her 81st year surrounded by her loving family. She is survived by her daughters Natasha and Fiona, her sons Rory and Donal, her grandsons Liam and Killian, her sister Deirdre Hughes (Carlow, Co. Clare), her son-in-law Michael Sweeney, nieces, nephews, relatives and friends.

May she rest in peace, reunited at last with her beloved husband Michael.

A memorial service will be held on Friday, 3rd February at 3pm in St. Columba's Church, Parkview, Johannesburg. Those wishing to send a message of condolence may email Fiona (fiona@davern.co.za)

Reposing at her parents’ home on Thursday from 4.00 p.m. until 8.00 p.m. Removal on Friday to Church of the Assumption Abbeyfeale to arrive for 11.00 a.m. Requiem Mass. Funeral afterwards to St. Mary’s Cemetery Abbeyfeale. Donations if desired to The Cope Foundation Cork. House private on Friday morning please.

Reposing at The Kirwan Funeral Home, Ballygall Road West on Thursday evening with family in attendance from 5o’c until 7o’c. Requiem Mass on Friday morning at 10o’c in The Church of Our Mother of Divine Grace, Ballygall Road East. Funeral thereafter to Dardistown Crematorium.