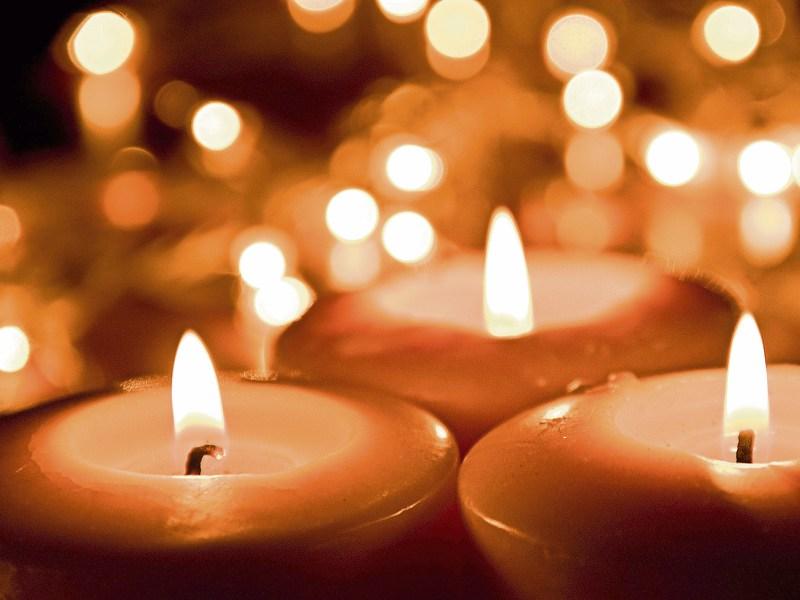 The death has occurred of Patrick Corbett, late of Ballybeg, Grange, Clonmel, and Newcastle, Tipperary. Deeply regretted by his loving wife Peggy, niece Maura, relatives and many friends.

Reposing at Condons' Funeral Parlour on Tuesday, from 5.30pm with removal to Saint Nicholas' Church, Grange at 7.30pm. Requiem Mass, Wednesday at 11am with burial immediately afterwards in the New Cemetery, Grange.

Reposing at her residence on Tuesday from 6-9pm, with rosary at 8pm. Removal on Wednesday at 9.30 am to arrive at the Church of Our Lady of Mount Carmel, Firhouse, for 10am funeral Mass, followed by removal to the Church of Ss. Peter & St. Paul, Clonmel,  arriving at 4pm. Funeral Mass on Thursday at 11am, followed by burial in St. Patrick's Cemetery, Clonmel.

The death has occurred of Noel Kirby, late of Market Street, Cahir. Beloved son of the late John and Margaret Kirby, died peacefully in the presence of his family and in the loving care of the matron and staff of St. Theresa's Hospital, Clogheen. Sadly missed by his many cousins, neighbours and friends.

Reposing at Costigan's Funeral Home, Cahir on Tuesday evening, from 5pm with removal at 6.30pm to St. Mary's Church, Cahir arriving at 7pm. Funeral Mass on Wednesday morning at 11am with burial afterwards in the adjoining cemetery. Donations, if desired, in lieu of flowers to the Friends of St. Theresa's Hospital, Clogheen.

Reposing at Whites Funeral Home, Cappawhite on Tuesday evening from 5.30 o’c with removal at 7.30 o’c to St. Nicholas’ Church, Solohead. Requiem Mass Wednesday at 11.30 o’c and burial afterwards in the adjoining cemetery.

Reposing at Whelan's Funeral Home, Bansha Road, Tipperary on Tuesday evening, from 5.30pm with removal at 7pm to St. Michael's Church, Tipperary. Requiem Mass on Wednesday at 10.30am and funeral afterwards to St Michael's Cemetery, Tipperary.

Reposing at his residence on Wednesday evening from 4pm to 7pm. Remains arriving at Bansha Church on Thursday morning at 11.15am for 11.30am Mass. Burial afterwards in Ballinacourty Cemetery, Lisvernane. Family flowers only please. Donations if desired to The Stroke Foundation.

Reposing at her home on Tuesday from 5.30 pm to 8.00 pm. Arriving to the Church of the Blessed Sacrament, Golden on Wednesday for Funeral Mass at 11.30 am. Burial immediately afterwards in the adjoining cemetery. House private on Wednesday morning please.

Reposing at her son Billy's residence (Kilrush) from 2p.m. on Tuesday with Rosary at 9p.m. Funeral arriving to the Cathedral of the Assumption on Wednesday at 10.15a.m. for Requiem Mass at 11a.m. Burial afterwards in Killinan Cemetery. Family flowers only please, donations, if desired, to the North Tipperary Hospice.

The death has occurred of William Slattery, late of  Shrough, Rathkea,Tipperary. Deeply regretted by his sister Mary, brother John, relatives, neighbours and friends.

Reposing at Fraser's Funeral Home, Galbally, Co. Limerick on Friday evening from 6pm to 8pm. Remains arriving at The Church of The Assumption Lattin at 8.45pm. Requiem Mass on Saturday at 11.30am. Burial afterwards in Galbally Cemetery.

The death has occurred of Elizabeth (Betty) Stapleton (nee Harold) late of Kilkillahara and formerly Corbally, Thurles, Tipperary/ Limerick. In the wonderful care of the Staff of the Coronary Care Unit of Clonmel Regional Hospital. Predeceased by her husband Denis. Deeply regretted by her loving daughter Maria, brothers-in-law, sisters in law, nephews, nieces, relatives, neighbours and many friends.

Reposing at her Residence on Wednesday, 22nd February, from 5pm to 7pm. Arriving at the Cathedral of the Assumption, Thurles at 7.30pm. Requiem Mass on Thursday 23rd at 11am. Burial afterwards in Two Mile Borris Cemetery.