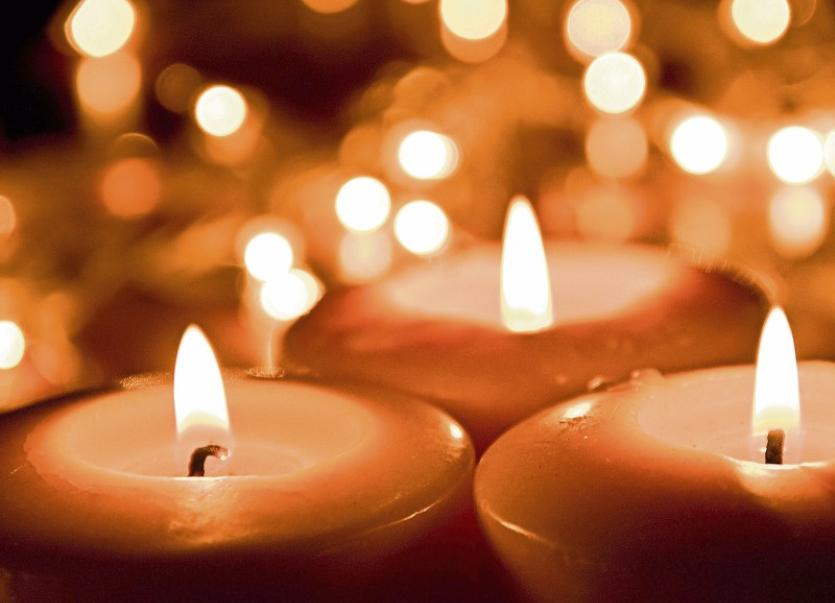 A Funeral Service will take place at 1.30pm on Wednesday,15th March, in The Cemetery Chapel in Glasevin Cemetery, Finglas Road, Dublin 11, with cremation afterwards.

Reposing at Whelan's Funeral Home, Bansha Road, Tipperary on Tuesday evening, from 5.30pm with removal at 7pm to Church of the Annunciation, Bansha. Requiem Mass on Wednesday at 11.30am and burial afterwards in the adjoining cemetery. Family flowers only please. Donations, if desired, to South Tipperary Palliative Home Care Team.

Reposing at Donovan’s Funeral Home, Moneygall, on Tuesday evening from 4pm with removal at 7.30pm to Moneygall Church to arrive at 8pm. Funeral Mass on Wednesday at 12 noon and interment in Annameadle Cemetery.

The death has occurred of Maura  McCullagh (née Small), Ballinahow, Ballycahill and Tarmon Drive, Thurles. Peacefully, after a illness borne with great dignity, surrounded by her loving family,in the care of the Matron and Staff of the Community Hospital of the Assumption, Thurles. Predeceased by her loving husband Mattie, sister Eileen and brother Micháel. Deeply regretted by her loving children, Margaret, Denis, Liam, Matt and Eileen, daughters-in-law, sons-in-law, grandchildren, brothers-in-law, sisters-in-law, nephews, nieces, relatives, neighbors and many good friends.

Reposing at Hugh Ryan's Funeral Home, Slievenamon Road, Thurles on Tuesday, 14th March, from 4pm to 7pm.Arriving at the Church of St Cataldus, Ballycahill at 7.30pm. Requiem Mass on Wednesday 15th at 11.30am. Burial afterwards in Ballycahill Cemetery.

Family flowers only. Donations, if desired, to Friends of the Community Hospital of the Assumption, Thurles.

The death has occurred of Frank Fitzpatrick, 17 Kennedy Park, Roscrea.

Reposing in Maher's Funeral home, Roscrea on Tuesday evening from 6.00 with rosary at 8.00. Removal on Wednesday morning at 11.30 arriving in St. Cronan's Church, Roscrea for Funeral Mass at 12.00. Burial afterwards in the adjoining cemetery.