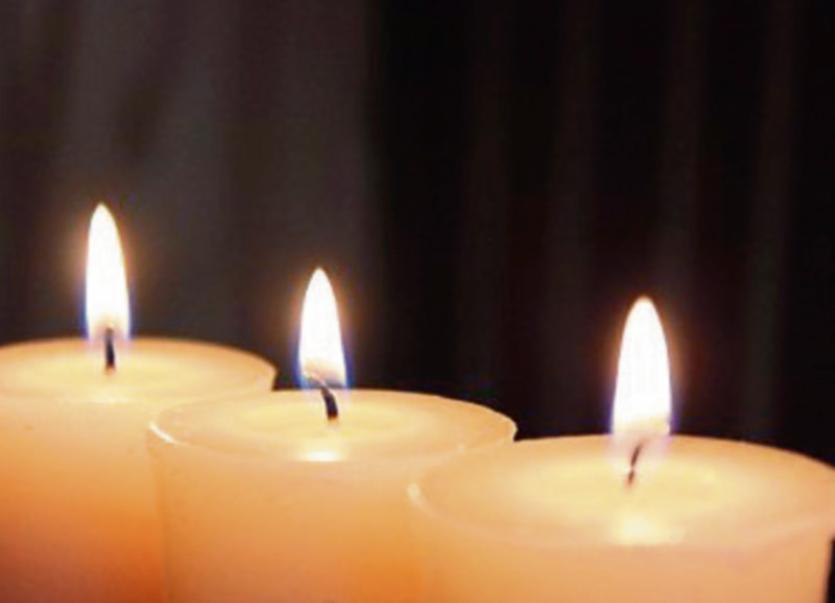 Reposing at St. Theresa's Hospital, Clogheen on Friday from 5pm to 8pm. Arrival to St. John The Baptist Church, Duhill on Saturday for 11.30am Mass. Burial afterwards in adjoining cemetery.

Reposing at her home in Streame, Limerick Road this Saturday from 4pm to 8pm. Remains arriving to St. Mary's of the Rosary Church, Nenagh on Sunday for Requiem Mass at 9.45am followed by prayers and cremation in Mount Jerome Crematorium, Harold's Cross, Dublin at 1.30pm.

Reposing at his home this Friday from 4pm with rosary at 8pm. Removal to The Sacred Heart Church on Saturday morning for Requiem Mass at 11am followed by interment in St. Brigid's Cemetery. Family flowers only please, donations, if desired, to I.C.U., St. Luke's Hospital Kilkenny c/o Kennedy's Funeral Home, Borrisoleigh.

Reposing at the Larry Massey Funeral Home, 341 Ballyfermot Road on Friday, with family in attendance from 4pm-5pm. Removal on Saturday morning to St. Matthew's Church, Ballyfermot Upper arriving for 10am Mass. Funeral afterwards to Newlands Cross Crematorium. Family flowers only please, donations, if desired, to Our Lady’s Hospice, Harold’s Cross.