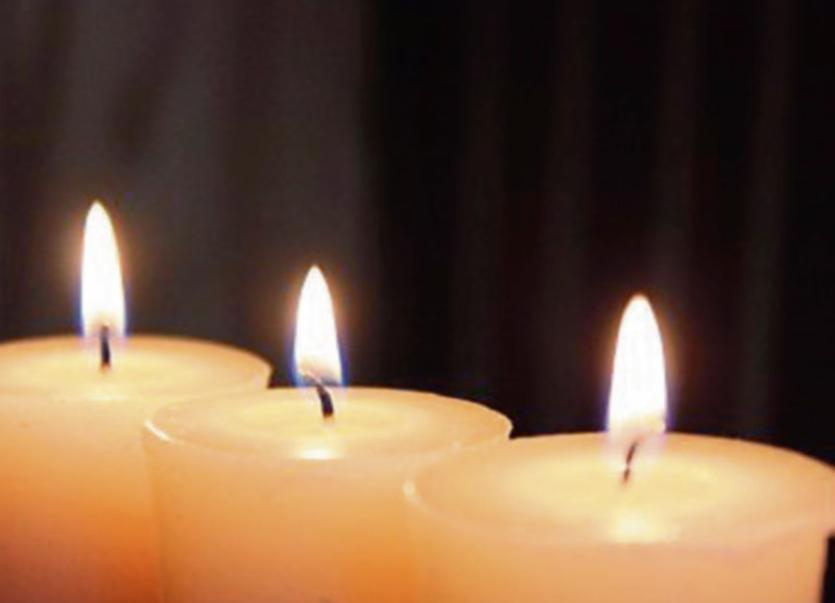 Reposing at O'Donoghue's Funeral Home on Wednesday from 5pm with removal at 7.30pm to SS Peter and Paul's Church. Requiem Mass at 1pm on Thursday with burial immediately afterwards in St. Patrick's Cemetery. Family flowers only. Donations, if desired, to the Parkinson's Association.

Reposing at Fennessy's Funeral Home this Thursday from 5pm with removal to SS Peter & Paul's church at 7pm. Requiem mass on Friday at 1pm. Funeral thereafter to St. Patrick's Cemetery.

Reposing at White's Funeral Home, Cappawhite Thursday evening from 5.30pm until 7.30pm; arriving in Our Lady of Fatima Church, Cappawhite on Friday for Requiem Mass at 11.30am and burial afterwards in Cappawhite Cemetery.

Reposing at her residence on Thursday, April 20, from 3pm to 8pm. Removal on Friday from her home at 11.15am to St. Oliver's Church Clonmel for Requiem Mass on arrival at 11.30am. Funeral immediately afterwards to the Island Crematorium, Ringaskiddy, Co. Cork. Family flowers only please. Donations, if desired, to ICU Department, Cork University Hospital.

Reposing at St Theresa's Hospital, Clogheen on Wednesday from 5.30pm. Removal at 7.30 pm to St Mary's Church Clogheen. Requiem Mass on Thursday at 11am. Burial afterwards in Shanrahan Cemetery.

The death has occurred of Una Mary Johnston (née Dagg) late of Airdrie, Scotland and, Templemore, Tipperary. Predeceased by her husband Alfie, she will be very sadly missed by her loving family, daughters Trudy Forrest (Glasgow), and Virginia Atkinson (Buxton), sons-in-law Alistair and Graham, grandaughters Iona and Ailsa, brother-in-law Bobby, sister-in-law Marion, cousins, relatives and her many friends.

Reposing at Keller’s Funeral Home, Nenagh on Wednesday from 6pm to 7pm. Funeral arriving at St. Mary’s of the Rosary Church, Nenagh on Thursday at 9.45am for Funeral Mass at 10am followed by burial in Youghalarra Cemetery.

Reposing at Whites Funeral Home, Doon, Wednesday from 6pm with removal at 7.30pm to the Church of the Sacred Heart, Oola. Requiem Mass Thursday at 11.30am and burial afterwards in Cullen Cemetery.

Reposing at Devitt’s Funeral Parlour, Cashel, this evening, Wednesday, from 5.30pm with removal at 7.30pm to the Church of St. Thomas the Apostle, Rosegreen. Requiem Mass on Thursday at 12.30pm followed by Cremation at the Island Crematorium, Ringaskiddy, Cork at 3pm. Family flowers only please, donations, if desired, to Marymount Hospice.