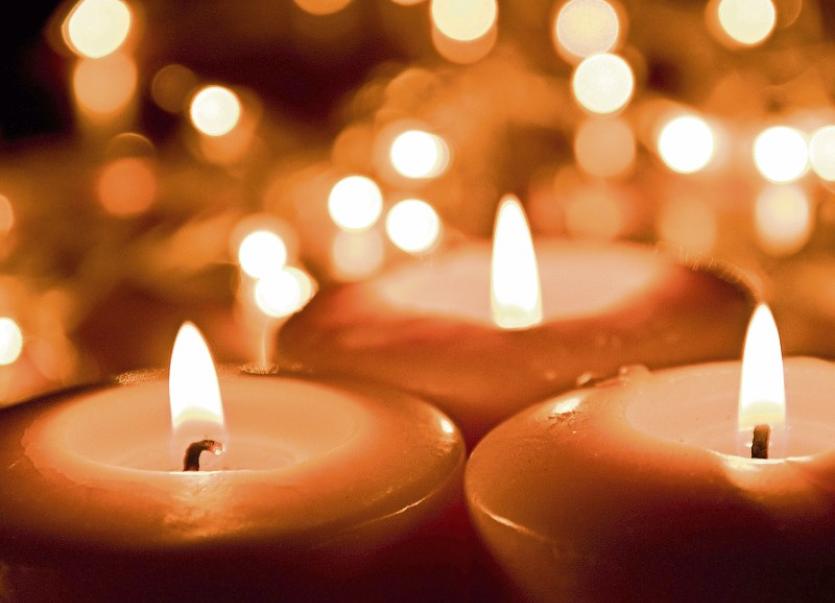 The death has occurred of Martin Gott, late of Cashel. Beloved father of the late Darren and Oisín and brother of the late Serena. Deeply regretted by his mother Mary, daughter Emma, son Craig, brother Eddie, sister Marcella, extended family, relatives and friends.

Reposing at Devitt’s Funeral Parlour this Monday evening from 6pm with Rosary at 7pm followed by private cremation.

The death has occurred of William (Billy) O'Donnell, late of Market St., Cahir. Sadly missed by his brothers Jim and John, nephews, nieces, extended family, neighbours and friends. Reposing at Costigan's Funeral Home, Cahir on this Monday evening from 5.30pm with removal at 7.30pm to St. Mary's Church, Cahir, arriving at 8pm. Funeral Mass on Tuesday at 11am with burial afterwards in the adjoining cemetery.

Reposing in Ryans Funeral Home, Nenagh this Tuesday from 5 o'c with removal at 7 o'c to arrive at St. Joseph's Church, Toomevara at 7.30 o'c. Requiem Mass on Wednesday at 11 o'c followed by burial in Ballinree Cemetery. "Donations in lieu of flowers, if desired, to The Dean Maxwell Home, Roscrea"

Reposing at Convent of Mercy, Nenagh on Tuesday from 3pm until 7pm followed by Evening Prayer. Funeral Mass on Wednesday at 12 noon in St. Mary of the Rosary Church followed by burial in Convent Cemetery.