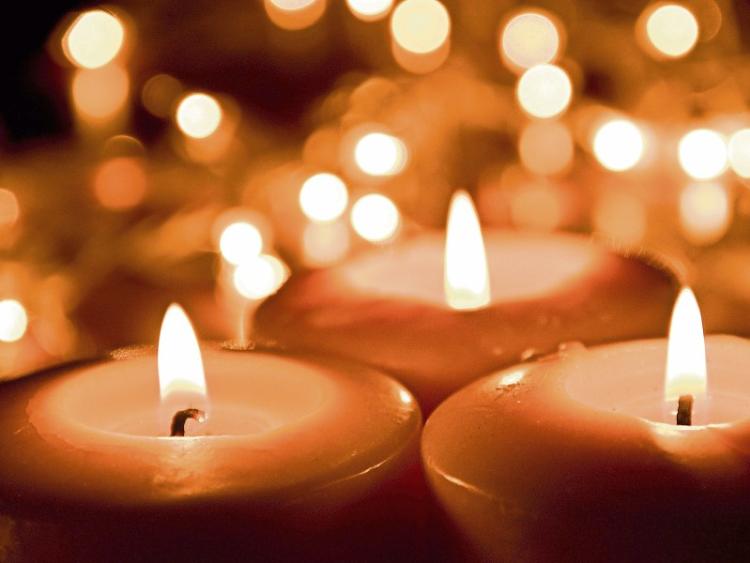 Reposing at Condons Funeral Parlour on Saturday evening from 6.00pm, with removal at 8.00pm to SS Peter & Paul’s Church. Funeral Mass on Sunday at 12.30pm followed by burial in St. Patrick’s Cemetery.

Family flowers only please, donations, if desired, to Compassionate Friends.

Reposing at his home on Sunday evening from 4pm to 8pm. Funeral arriving on Monday morning to St Peter and Paul's Church, Borrisokane, at 10.45am for Mass at 11am. Burial afterwards in the adjoining cemetery. House private on Monday morning, please.

Reposing Saturday  at Walsh's Funeral Home, Tinnahinch, Graignamangh from 4 o'clock. Removal at 7pm on Saturday to arrive at Duiske Abbey, Graignamanagh at 7.30pm. Funeral Mass at 11 o'clock on Sunday morning followed by burial in Calvary Cemetery.

Reposing in Grey’s Funeral Home, Templemore on Saturday, from 5:30 pm to 8:30 pm. Funeral Mass on Sunday in The Church of The Sacred Heart, Templemore at 2 PM followed by interment in St. Joseph’s Cemetery, Templemore.

Funeral arriving at St. John’s The Baptist Church, Powerstown, on Saturday at 12.45pm for Requiem Mass at 1pm with burial immediately afterwards in St. Patrick’s Cemetery. Family flowers only Donation if desired to Mary Mount Hospice.

The death has occurred of Christine Kennedy, Upper Knocklucas, Clonmel on September 27th 2017. Predeceased by her husband Tommy. Sadly missed by her loving son Tommy, extended family and friends.

Reposing at Condon's Funeral Parlour on Sunday evening from 5.00pm, with removal at 7.00pm to SS Peter & Paul’s Church. Funeral Mass on Monday at 1.00pm followed by burial in Killaloan Cemetery.

The death has occurred of Betty Elliott (née Ryan), Beechpark, Cahir, and formerly of No. 1 New Inn, Cashel, who  passed away peacefully surrounded by her loving family in the wonderful care of all at Marymount Hospice. She will deeply missed by her loving husband Eamon, daughters Hazel, Holly and Stephanie, sons-in-law, John, Benny and Paul, grandson Jack, twin sister Anne, brothers Denis, Stephen, Taylor, Tom and Brian and all her extended family, neighbours and many friends.

Funeral arriving to St. Mary’s Church, Cahir on Saturday morning for Mass at 11am with burial afterwards in the adjoining cemetery. Family flowers only please. Donations, if desired, to Marymount Hospice.

Reposing at Devitt’s Funeral Parlour this Sunday evening from 5.30pm with Removal at 7.30pm to St. John the Baptist Church, Cashel. Requiem Mass on Monday at 12.00 noon followed by Burial in Cormac’s Cemetery.