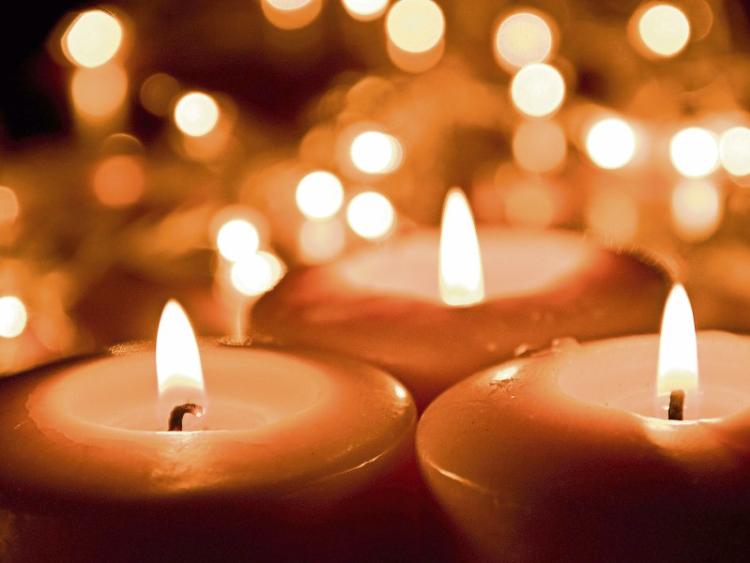 Reposing at her residence on Wednesday evening from 4 o'clock to 8 o'clock. Removal on Thursday to SS Peter & Paul's Church arriving at 12.45 o'clock for Requiem Mass at 1 o'clock. Funeral thereafter to St. Patrick's Cemetery. House private on Thursday morning please.

Reposing at Costigan's Funeral Home, Cahir on Wednesday evening from 6.00oc. to 8.00oc. Arriving at St. Mary's church Cahir on Thursday for Funeral mass at 11.00am followed by burial in the adjoining cemetery. Family flowers only please donations if desired to Irish Heart Foundation.

The death has occurred of Pat Hannon, late of 5 Markievicz Terrace, Carrick-on-Suir and formerly of Ballyclough, Windgap, Co Waterford.

Removal from Walsh’s Funeral Home, Carrick-on-Suir on Wednesday morning at 10.30am to St. Molleran’s Church for Funeral Mass at 11am followed by burial in Churchtown Cemetery.

Reposing at Whites Funeral Home, Cappawhite on Tuesday evening from 5 o’c with removal at 7.30 o’c to the Church of the Immaculate Conception, Donohill. Requiem Mass on Wednesday at 11.30 o’c and burial afterwards in the adjoining cemetery.

The death has occurred of Mary McCarthy, 35 Fr Sheehy’s Terrace, Clogheen, Co. Tipperary . Requiem Mass on  Tuesday, at St. Mary’s Church, Clogheen at 11am with burial afterwards in Shanrahan Cemetery.

Reposing in The Kilgarriff Funeral Home, Ballaghaderreen Tuesday evening from 5pm with removal at 6.15pm to St. Aidan's Church, Monasteraden arriving at 7pm Mass of The Resurrection Wednesday morning at 11am followed by Cremation afterwards in Lakelands Crematorium, Cavan.

The death has occurred of Kevin Cahalan, Cloninaha, Ballinderry, Nenagh, and Perth, Australia. Beloved son of Sé and Eileen and dear brother of Maria, Sally, Ann and Dermot. Sadly missed by his parents brother and sisters and extended family and many friends.

Reposing at the family home on Thursday 21st from 3 pm to 8 pm. Funeral arriving on Friday morning to the Church of the Immaculate Conception, Terryglass for mass at 12 noon. Burial afterwards in the adjoining cemetery . Family flowers only please. Donations if desired to Kevin Bell Trust.

Reposing at Bushy Park Nursing Home, Borrisokane on Tuesday evening from 4.30 - 7pm. Funeral arriving at SS Michael & Johns Church, Cloughjordan at 7.30pm. Funeral mass on Wednesday at 11am and burial immediately afterwards in the adjoining cemetery. Family flowers only please.

The death has occurred of Joseph (Joey) Mulcahy, 6 Foxfield, Garryduff, Castlebar and formerly of Bacup via Nenagh, peacefully at Mayo University Hospital.

Reposing at his home on Tuesday evening from 6 o’clock until 8 o’clock. Removal on Wednesday morning to the Church of the Holy Rosary, Castlebar arriving at 10.30 for Funeral Mass at 11 o’clock followed by burial in the new cemetery. Family flowers only please. Donations, if desired, to the St. Vincent De Paul c/o Kilcoyne Funeral Directors.

Reposing at her home on Wednesday from 5pm to 8pm. Removal on Thursday to The Sacred Heart Church for Requiem Mass at 11am followed by interment in St. Brigid's Cemetery.