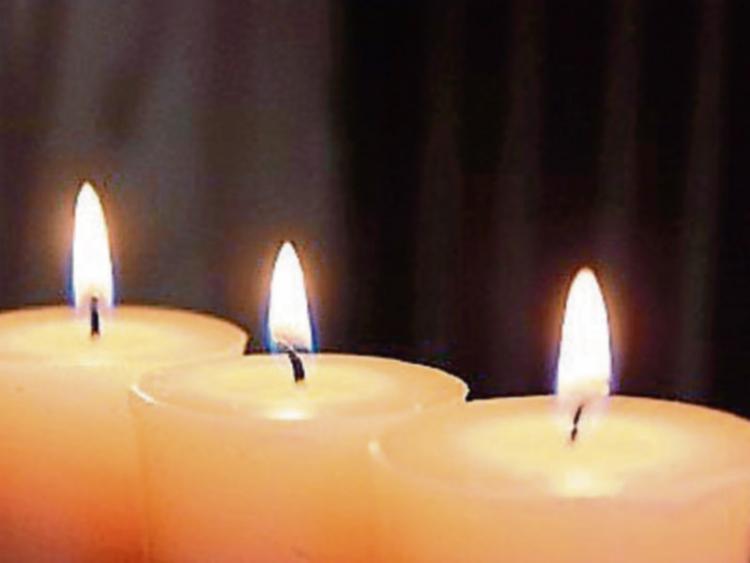 The death has occurred of Patrick McCormack, Ryninch, Ballina, Co. Tipperary, following an accident - Jan. 21, 2018; sadly missed by his heartbroken parents John and Fiona, his loving sisters Emer and Mary, his adored granny Mary, his uncle Pat and his aunts Eileen, Mary, Anne and Mary, cousins and a large circle of friends.

Reposing at his home from 4pm until 7.30pm this Tuesday evening. Funeral Mass in the Church of Our Lady and St. Lua's, Ballina at 12 noon followed by burial in Templekelly Cemetery. House private on Wednesday morning. Family flowers only. Donations if desired to the Irish Injured Jockey Fund.

Reposing at O'Dwyers funeral parlour, Carrick on Suir on Tuesday, January 23, from 4.30pm. Removal at 6.30pm to St Nicholas' Church. Funeral Mass on Wednesday at 10.30am with burial after in St Mary's Cemetery. Family flowers only please, donations, if desired, to St Brigid's Hospice, Carrick on Suir.

Reposing at McCarthy's Funeral Home, Fethard, from 5pm to 7pm on Tuesday, January 23rd, followed by removal to the Sacred Heart Church, Killusty, to arrive at 7.30. Requiem Mass on Wednesday at 11am followed by burial in the adjoining cemetery.

Reposing at his residence this Tuesday from 4pm with prayers at 7pm. Arriving at St's Patrick & Oliver Church, Glengoole on Wednesday at 11.15am for Funeral Mass at 11.30am followed by burial in adjoining Cemetery. ​Family flowers only please. Donations, if desired, to South Tipp Hospice.

Reposing at her residence on Wednesday from 4pm to 7pm followed by removal to the Church of the Assumption, Ballyporeen. Requiem Mass on Thursday at 12 noon followed by burial in St. Mary's Cemetery.

The death has occurred of Ena O' Meara at her residence in Milestown, Cloneen, Co. Tipperary. Deeply regretted by Michael, her loving mother Nora, her brothers and sisters, her adoring nephews and nieces, relatives, neighbours and a wide circle of friends.

Reposing at Bretts Funeral Home, Mullinahone on Tuesday 23rd January from 5pm with prayers at 7.30pm. Requiem Mass on Wednesday 24th January at 11am in The Church of the Visitation, Cloneen followed by burial in the adjoining Cemetery. Family flowers only please. House private on Monday evening please.

The death has occurred of Philip Ryan (Con), The Ashdale, Terenure, Dargle Wood, Knocklyon, Templeogue, and late of Clonoulty, Tipperary, 22nd January 2018, in his 94th year, (peacefully) at Glencarrig Nursing Home, Firhouse, beloved husband of the late Winifred, he will be sadly missed by his loving sons Con, John and Philip, daughters Mary and Una, son-in-law Wayne, daughters-in-law Mary, May and Linda, grandchildren, great-grandchildren, nephews, nieces, relatives and friends

Reposing at his residence on Tuesday from 2pm before removal to St Colmcille’s Church, Knocklyon arriving for 5:30pm. Funeral on Wednesday after 11am Mass to Bohernabreena Cemetery. Family flowers only please. Donations, if desired, to the Alzheimer Society of Ireland