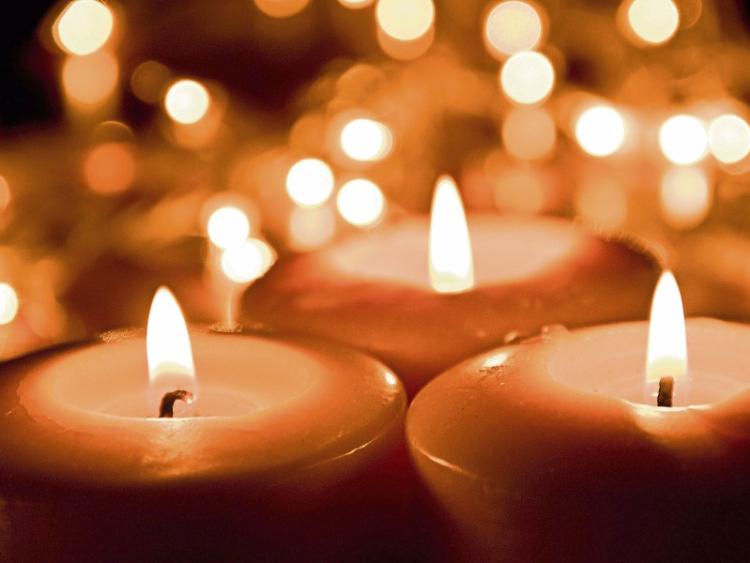 The death has occurred of Nuala Allsey, Shanballyduff, Cashel, Co. Tipperary and formerly of Chalfont St. Peter’s, Buckinghamshire, England. April 27th 2018, unexpectedly at Cork University Hospital. Nuala, beloved partner of the late Eugene Treanor and sister of the late Anne. Deeply regretted by her nephews Liam and Daniel and their families, she was a true and loyal friend to Peggy and to her wonderful neighbours, relatives and friends.

Reposing at Devitt’s Funeral Parlour on Sunday evening from 6.30pm with Removal at 7.30pm to the Church of Our Lady Queen, New Inn. Requiem Mass on Monday at 1.30pm followed by Cremation in The Island Crematorium, Ringaskiddy, Cork at 4pm.

Reposing at Bushy Park Nursing Home, Borrisokane, from 5pm Sunday evening, followed by removal at 7pm to St. Peter and Paul's Church, Borrisokane, arriving at 7.30pm. Requiem Mass on Monday at 12 noon, followed by burial in the adjoining cemetery.

The death has occurred of Finn MacGinty, Cloughjordan and formerly Seattle and Japan, died peacefully in the care of his adoring wife Tamara and the doctors, nurses and staff of Birr Community Nursing Unit on April 24th, 2018. Remembered with love by his family and a wide circle of friends both here and around the world. A private cremation has taken place. A celebration of Finn's life will take place at a later date.

Reposing at her residence Monday afternoon from 3oc with prayers at 8oc. Private removal Tuesday morning at 11.30, arriving in St. Cronan's Church Roscrea for Funeral Mass at 12oc with burial afterwards in the adjoining new cemetery. Family flowers only, donations if desired to The Irish Heart Foundation.

Reposing at Costigan's Funeral Home, Cahir on Sunday evening from 5.00pm to 7.00pm. Remains arriving to The Holy Family Church, Ardfinnan on Monday for Funeral Mass at 11.00am. Burial afterwards in St. Finnian's Cemetery. Family flowers only please, donations, if desired, to Friends of St. Theresa's Hospital.