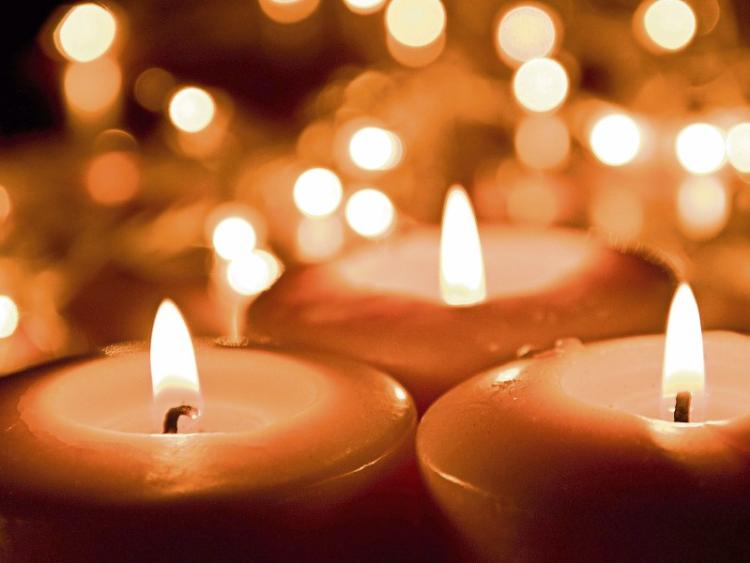 The death has occurred of Phyllis O'Neill (née Harney) late of Rathard, Cahir, Co. Tipperary and formerly of Ballyneale, Carrick on Suir. Wife of the late John and mother of late Paul, passed away peacefully in the wonderful care at St. Martha's Nursing Home, Cappagh, Cahir. She will be very sadly missed by her loving daughter Corina, son-in-law Mac, daughter-in-law Deirdre, grandchildren, nephews, nieces, relatives and friends.

Reposing at her home in Rathard on Wednesday evening from 5.00oc. to 7.00oc. Arriving at St. Mary's Church, Cahir on Thursday for Funeral Mass at 11.00am. Interment afterwards in the adjoining cemetery.

The death has occurred of Gerry (Gerald) Cullen late of Nenagh, and formerly of Formby Park, Belfast, (peacefully), at home, predeceased by his loving sons Sean and baby Dominic, beloved husband of Moira and loving father of Vanessa and Paul. Sadly missed by his heartbroken family, sisters Maureen, Irene and Anne, son-in-law Tommy, grandchildren Leagh and Sam, brothers-in-law, sisters-in-law, nieces, nephews, relatives, neighbours and friends. Reposing on Wednesday 6th at his home, (E45 D320), from 3pm until 7pm. Funeral arriving on Thursday to St. Mary of the Rosary Church Nenagh for Requiem Mass at 12 o'c followed by burial in Lisboney Cemetery (Nenagh). Family flowers only, donations if desired to North Tipperary Hospice.

Reposing at Meehan's Funeral Home, Newport this Tuesday 5th June from 6 p.m. with removal at 7.30 p.m. to the Church of the Most Holy Redeemer, Newport. Requiem Mass on Wednesday 6th at 11.30 a.m., burial afterwards in Rockvale Cemetery, Newport.