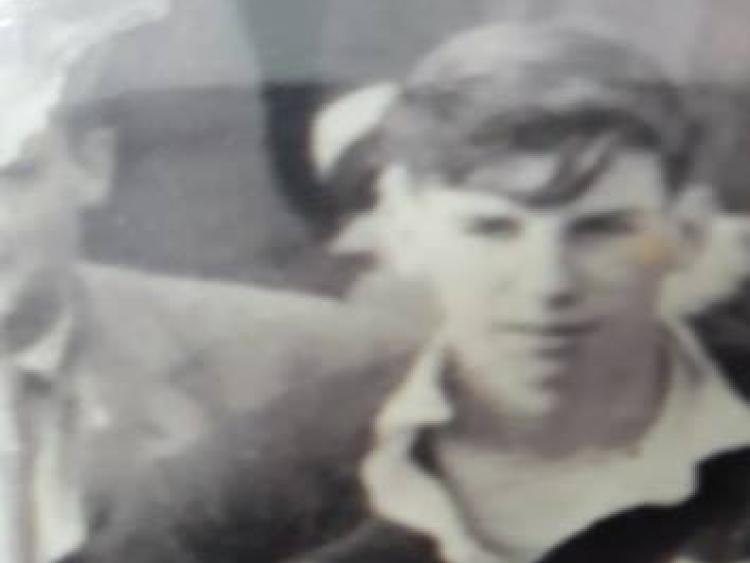 Pat passed away on Sunday after a relatively short illness, aged 74 years old.

“Although we knew he wasn’t well, his passing has left a massive void in our club and in the town of Carrick-on-Suir.

“The history of Carrick Swan GAA Club, like many others, is defined by families that have supported or worn the famous black and white jersey since its humble beginnings. One such family is the Ryan family, as evidenced by the fact that Pat’s late father, Dinny, was wing back on the first Swan team to win a senior hurling divisional title in 1933.

“Pat, like his father, was a wing-back but he could also play at midfield and even in goal. Pat won a divisional under 21 hurling medal in 1962, aged just 17-years-old while playing in goal. However, his real prowess was as a very accomplished wing-back whose tight marking kept the best in the county quiet on many occasions.

“In fact, the bigger the name of his direct opponent the more Pat liked it. Fondly known as Theo, a name called after that prince of midfield artistry the legendary Theo English whom Pat lined out against many times when the Swan played Marlfield.

“Any opposing forward who thought they would have it easy soon got a very quick lesson.  Pat Ryan was skillful, fearless and his strength unique for a man of his physique. This ability was recognised at inter county level when Pat got a call to represent Tipperary in intermediate hurling.

“1965 was a very turbulent year in the history of the club but it also was a year when a junior hurling title was annexed against all the odds and to those that accomplished that feat the gratitude of the club was theirs as it proved the club would survive.

“Pat Ryan was a key element to that survival, he was a born leader, and a man whose opinion was both respected and acted upon.”

Pat’s last game for the Swan came in 1973 when he captained the team in the south senior hurling final. When Pat had completed his playing career, he got involved in mentoring. “He was a remarkably calm selector but had the necessary explosiveness. He was instrumental in the success we had in the late 70s and 80s in particular.

“An amusing story tells of a time when Pat was a selector and the game was being replayed and dissected back in the pub. A particular player had the hump after being called ashore and was giving Pat a hard time, so Pat agreed with the player and said he shouldn’t have been taken off. The player was happy with this suggestion and as he turned away Pat said to him, ’you should have known yourself and just walked off’.

“That was Pat being himself, he was always honest and he simply called it as he saw it but in a humorous manner. Pat also served on the club committee for many years and that honesty was always insightful and welcoming.”

Pat’s family continue to support the club. “His son, Denis, although living in England is a great fundraiser for the club while Alan P is a former player and now mentor and fixtures secretary. Eileen also supports the club as well as Pat’s grandchildren who play for the Swan.

“Pat was predeceased by his wife Jean and never was there a more ardent supporter than Jean and his late brother Denis also loved the Swan.”

Pat was also very involved in local and national politics. “He was a long serving and loyal member of Fianna Fáil and served his community with distinction. Pat was there to serve the people and this he did admirably as he was a passionate Carrick man. He served on the town council from 1985 to 1999, holding the position of chairman in 1986 and 1992.

Pat lay in repose at Walsh’s Funeral Home on Tuesday and his funeral mass took place in  St Nicholas Church on Wednesday, after which he was buried in St Mary’s Cemetery. A club guard of honour was accorded on both days. The large turnout of mourners bore testament to the esteem in which he was held.

The eulogy at the funeral mass was delivered by family member Ger Power who did a wonderful job in capturing Pat and his traits, particularly his famous ‘goway boy’ statement, while Pat’s grandchildren Kelly and Kayleigh read beautiful tributes to their grandad. Later, as was Pat’s wish, his life was celebrated in song and story.

“The club and all of us are all the better for knowing him and he will truly be greatly missed. Our sincere sympathy goes to his heartbroken family, sons Denis and Alan, daughters Lorraine and Eileen, son-in-law Eamonn, daughters-in-law Leeanne and Patricia, sisters Ailish and May, grandchildren Cory, Kelly, Kayleigh, Kaysee, Carly, Isabella, Aaron, Dwayne, Darnel and Rufell, nieces and nephews, extended family members, and friends,” the tribute added.