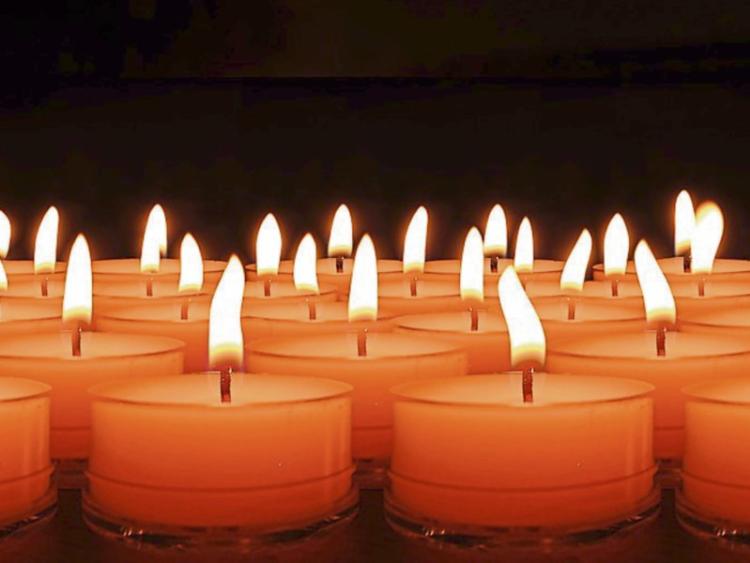 The death has occurred of Chrissie Murphy (nee Maher), Burke Street, Fethard, Co Tipperary, wife of the late Paddy, peacefully in the loving care of the nurses and staff of Melview Nursing Home, Clonmel. She will be sadly missed by her daughter Marie, her son Donal, grandchildren Aine, Sean, Cahal, and Dara, daughter in law Deirdre, relatives and friends.Reposing at McCarthy's Funeral Home, Fethard, on Monday from 5.30 with removal to the Holy Trinity Parish Church, Fethard, at 7 o'clock. Funeral Mass on Tuesday at 11 o'clock followed by burial in Calvary Cemetery.

The death has occurred of Kit Tuohy, Tubberadora, Cashel and formerly of Gaile, Thurles, Co. Tipperary, April 27th 2019, unexpectedly at home. Kit, deeply regretted by her loving sisters Joan and Mary, sisters-in-law, brothers-in-law, nephews, nieces, grandnephews, grandnieces, relatives, neighbours and friends. Reposing at Devitt’s Funeral Parlour this Tuesday evening 5.30pm with removal at 7.30pm to the Church of the Immaculate Conception, Boherlahan. Requiem Mass on Wednesday at 11.30am followed by burial in Ardmayle Cemetery.

The death has occurred of Michael D'Arcy, Dranganmore, Cahir, Co. Tipperary. Michael passed away unexpectedly at his home. He will be very sadly missed by his loving wife Noreen, brothers Jim and Patrick, sisters Kitty, Maura, Anne, Ellen Rose, Patricia, Eilis, Brigid, and Carmel, nephews, nieces, godchildren, brothers in law, sisters in law, extended family and his many friends. Reposing at Costigan's Funeral Home, Cahir on this Tuesday evening from 6.00oc. to 8.00oc. Funeral arriving to The Church of the Assumption, Kilmoyler on Wednesday for Mass at 12.00 noon. Burial afterwards in Bansha cemetery. Family flowers only please. Donations, if desired to Diabetes Ireland.