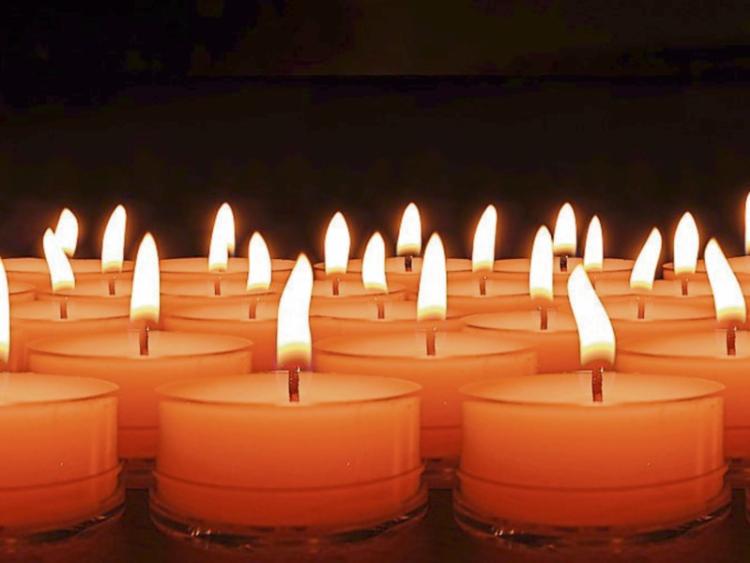 The death has occurred of Nonie Hayes (née Condon), Ballingarry, Lower, Ballingarry (SR), Co.Tipperary. Nonie passed away peacefully at her home in her 96th year. Predeceased by her husband Patrick and son Martin. Deeply regretted by her loving family, sons Pat, Willie and John, her daughters Mary, Noreen, Ann, Margaret, Angela, Kathleen and Helen, grandchildren, great grandchildren, great great grandchildren, her sons-in-law, daughters-in-law, nieces, nephew, relatives and large circle of friends.Reposing in Ronans Funeral Home, Ballingarry this Sunday from 5pm to 7pm followed by removal to the Church Of The Assumption, Ballingarry. Funeral Mass on Monday at 11.30am with burial in the Old Churchyard Ballingarry.

The death has occurred of Patricia (Pat) Dunne (née Collier), (late of Templemore and Glasnevin) – June 14th 2019 after a long illness bravely borne at the Mater Private Hospital, Patricia (Pat) beloved wife of Thomas (Ibar) and loving mother of Niamh, Ian, Yvonne and John. Sadly missed by her loving family, brothers John and Billy, sisters Claire (Meagher) and June (Scanlon), sons-in-law, daughters-in-law, grandchildren, extended family and friends. Reposing at the Kirwan Funeral Home, Fairview Strand on Monday evening from 5 o’clock until 7 o’clock with family in attendance, all are welcome. Removal on Tuesday morning to Church of Our Mother of Divine Grace, Ballygall Road for Requiem Mass at 11 o’clock followed by Funeral to Glasnevin Crematorium. Family flowers only please, donations in lieu, if desired, to the Irish Cancer Society. www.cancer.ie. House private.

It is with a heavy heart and great sadness that we announce the death of Rev. Peter McGrath, Kilburry, Cloneen, Clonmel, Co. Tipperary peacefully at Bayler Medical Centre, Dallas. Predeceased by his loving dad Michael F McGrath. A priest of the Diocese of Tyler. We rejoice in the confident knowledge that he is at peace, and we pray that the Lord may grant Father Peter eternal rest. Deeply regretted by his loving mother Betty, brothers; Jim and Milo, sister; Anna, sister-in-law; Patricia, brother-in-law; Bill, nieces and nephew, uncles, aunts, relatives, neighbours and a wide circle of friends. Reposing at his residence Kilburry, Cloneen, (e91x478) on Wednesday June 19th from 5pm with prayers at 8.30pm. Requiem Mass on Thursday June 20th in The Church Of The Nativity, Cloneen at 11am followed by burial in the adjoining cemetery. Donations, if desired, to South Tipperary Hospice. House private on Thursday morning please.

The death has occurred of Harry Spillane, California and formerly 4 Kennedy Park, Thurles. Memorial Mass Saturday, in the Cathedral of the Assumption, Thurles at 11am with burial of ashes afterwards in St. Patrick’s Cemetery, Thurles.