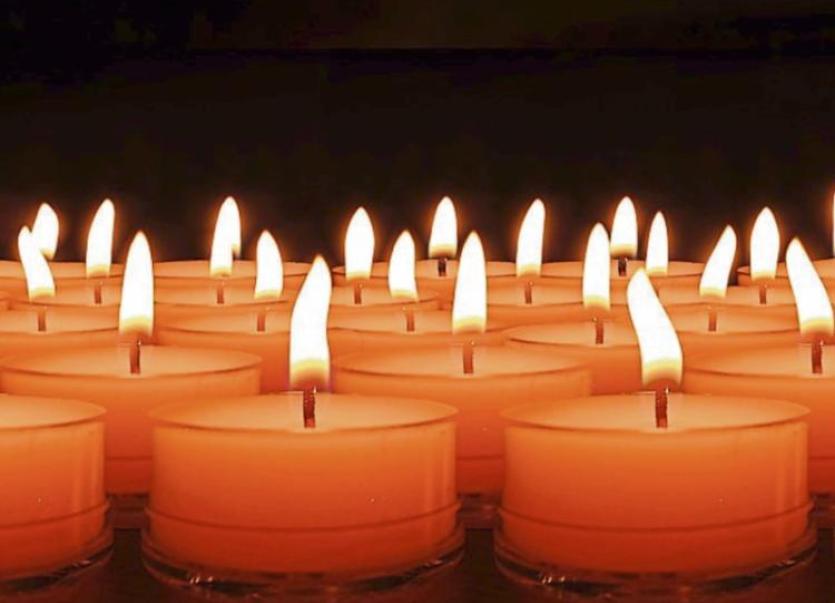 Reposing at Costigan's Funeral Home, Cahir, this Saturday from 5pm with removal at 7pm to The Church of the Holy Family, Ardfinnan, arriving at 7:30pm. Requiem mass on Sunday at 12 noon. Burial afterwards in St. Finnian's Cemetery, Ardfinnan.

Reposing in Hugh Ryan's Funeral Home, Slievenamon Road, Thurles, on Saturday from 6-8pm. Arriving at the Cathedral of the Assumption, Thurles, at 8.30pm. Requiem mass on Sunday at 12 noon. Burial afterwards in St. Patrick's Cemetery, Thurles.

Reposing on Sunday from 2-3pm at Keller Funeral Home, Borrisokane Road, Nenagh, followed by a private service. There will be a celebration of Devyn's life, open to all, at the Enterprise Centre (WeCreate), Cloughjordan, Ecovillage, at 4.30pm. Donations, if desired, to Dogs Trust Charity, in honour of the two pups she loved so much.

Reposing in Kennedy's Funeral Home, Borrisoleigh, this Saturday from 5pm with removal at 7pm to The Sacred Heart Church, Borrisoleigh. Requiem mass on Sunday at 11am, followed by interment in Ileigh Cemetery.

Reposing at White's Funeral Home, Cappawhite, on Monday from 1 pm with removal at 2pm to the Church of the Immaculate Conception, Donohill. Requiem mass at 2.30pm with burial afterwards in Donohill Cemetery.

Reposing at 51 Cluain Glas, Thurles, this Sunday from 5-7pm. Remains arriving to the Cathedral of the Assumption Thurles for requiem mass on Monday at 11am, followed by burial afterwards in St. Patrick's Cemetery.. Donations in lieu of flowers to The Kevin Bell Foundation.

Reposing at Thomas Murphy and Sons Funeral Home, Boghall Road, Bray, on Tuesday (September 24) from 5.30-7pm. Funeral mass on Wednesday at 10.30am in the Church of Our Lady Queen of Peace, Putland Road, Bray, followed by interment in Redford Cemetery, Greystones.