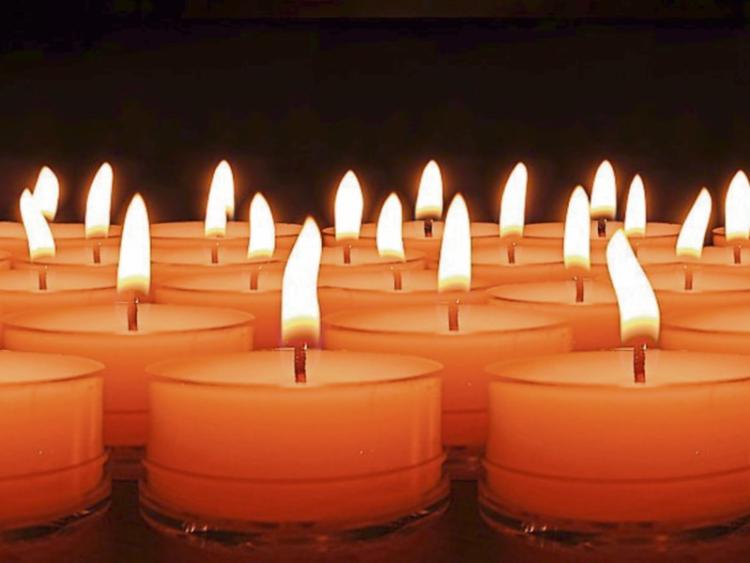 The death has occurred of Margaret (Babe) Lyons, 4 Ard-na-Croise, Thurles, Co. Tipperary, peacefully at home in the loving care of her family. Predeceased by her husband Paddy. Will be sadly missed by her loving family, sons Liam and John, daughter-in-law Anne, cousins, relatives, neighbours and many good friends.Reposing in Ardeen Nursing Home on Monday eveving from 5 p.m. to 7 p.m. to arrive in the Church of St. Joseph and St. Brigid, Bohernanave at 7.30 p.m. Funeral Mass on Tuesday morning at 10 a.m. followed by burial in St. Patrick's Cemetery.

The death has occurred of Billy Stapleton, Rathbeg Gortnahoe, Thurles, Co. Tipperary. Billy died peacefully at his residence, surrounded by his family. Deeply regretted by his loving brothers, sisters, brothers in law, sisters in law, nieces, nephews, grandnieces, grandnephews, relatives, his very kind neighbours and a wide circle of friends.Reposing at his residence on Monday evening from 4pm until 7pm, followed by removal to The Church of the Sacred Heart, Gortnahoe, arriving at 7.30pm. Requiem Mass on Tuesday at 11.30am followed by burial in Boulick Cemetery.