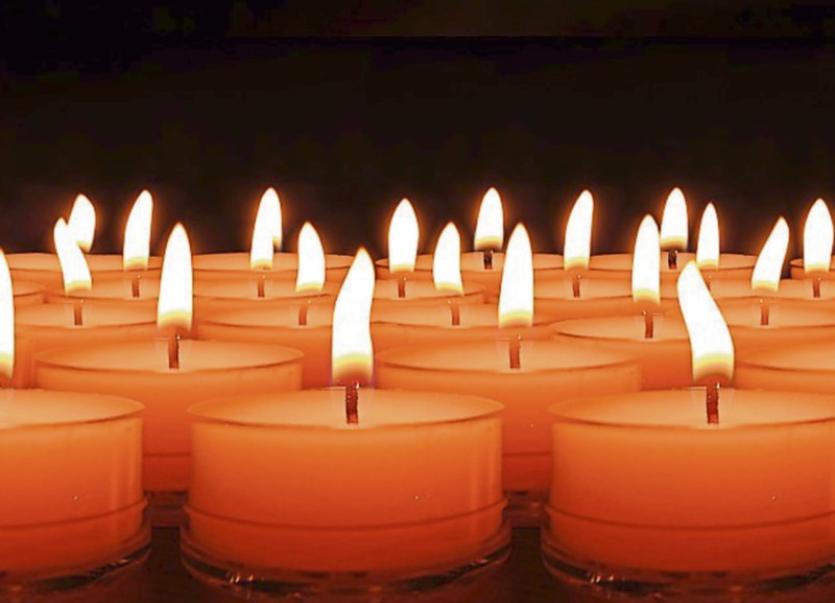 The death has occurred of Bernie Daly (née Noonan), Portlaoise and formerly Ballingarry (NR), Co Tipperary who died November 11th 2019 peacefully surrounded by her loving family at The Regional Hospital, Portlaoise. Retired Publican Portlaoise Arms and Powerscourt, Abbeyleix Road, Portlaoise. Predeceased by her beloved husband Vincent and dear son Jimmy and loving brothers Paddy and Jim. Deeply regretted by her siblings Anne (Birr), Stephen (Ballingarry), Norah (Clonaslee), Christ (Ballingarry) her close friends Regina and Brian, nieces, nephews, brothers and sisters-in-law, neighbours relatives and many friends.Reposing in the Chapel of Repose at Portlaoise General Hospital on Tuesday from 5pm. Recital of The Rosary at 7pm. Reposing Wednesday morning from 10am. Removal at 10.45am to The Church of The Nativity of The Blessed Virgin, Kilcormac arriving for 12 noon Requiem Mass. Burial afterwards in St. Joseph's Cemetery, Kilcormac. Family flowers only please. Donations in lieu to Laois Hospice.

The death has occurred of Eugene (Lou) Morrissey, Barr an Chnoic and late of No.1 Knight Crescent, Nenagh, Co. Tipperary. Pre-deceased by his beloved father Pat and mother Nora. Deeply regretted by his loving daughter Alex and his sisters Margaret (Grace), Geraldine and Derval. Brother Paul. Aunts, uncles, grand-aunt, brothers in law, god-daughter, nephew & nieces, relatives, neighbours, extended family and his many friends. Reposing at Ryans Funeral Home, Nenagh this Tuesday from 5 o'c to 7 o'c. Service followed by cremation takes place on Wednesday at the Shannon Crematorium at 2 o'c. "Donations in lieu of flowers, if desired, to Milford Care Centre".

The death has occurred of Richard “Richie” Ryan, 67 Treacy Park, Carrick-on-Suir, Co. Tipperary. Reposing at his residence on Tuesday from 3pm to 7pm. Removal on Wednesday morning at 10am to St Nicolas’ Church for Funeral Mass at 10.30am followed by burial in St Mary’s Cemetery.