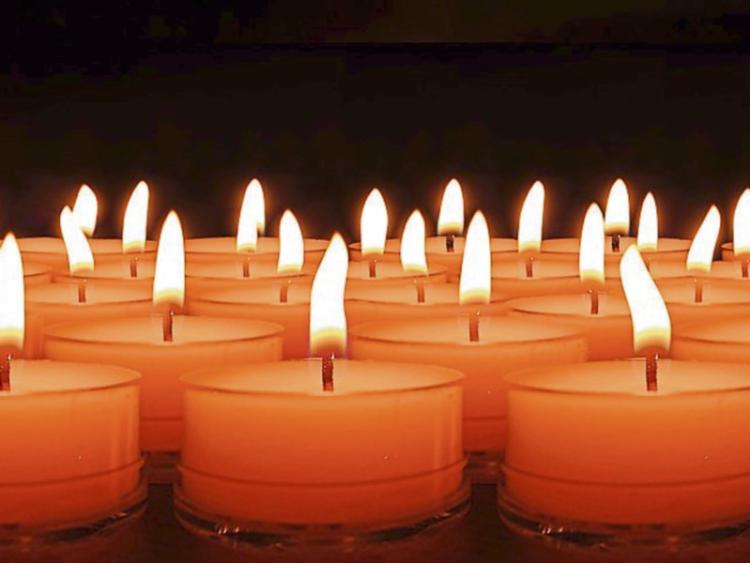 The death has occurred of William (Billy) Collins, Nenagh Manor, Nenagh. Late of Toomevara and Wilton, Ballymackey. Peacefully at the Nenagh Manor Nursing Home. Predeceased by his wife Josie & his brothers and sisters Joe, Tony, Biddy, Kay, Sean, Ann and Margaret. Deeply regretted by his sons Martin, William & Connie, his sister Geraldine (Daly), grandchildren and great-grandchildren, Brothers in law, nephews, nieces, cousins, neighbours, relatives and friends. Reposing at Ryans Funeral Home, Nenagh this Wednesday from 6 o'c with removal at 8 o'c arriving to Ballinree Church at 8.30 o'c. Requiem Mass on Thursday at 12 o'c followed by burial in the adjoining cemetery.

The death has occurred of Stasia Lewis (née O'Halloran), The Farmyard, Castlelough, Portroe and Ardarra, Portroe, in the wonderful care of the staff of Bushy Park Nursing Home, predeceased by her beloved husband John, brother Con O'Halloran and sister Una Quigley. Sadly missed by her nieces, nephews, grandmieces, grandnephews, sister-in-law Susan, relatives, neighbours and friends.Reposing on Wednesday at Keller's Funeral Home, Nenagh from 5.30pm until 7.30pm followed by removal to St. Mary's Church, Portroe arriving at 8pm. Funeral Mass on Thursday at 11am with burial afterwards in adjoining cemetery.

The death has occurred of Fr. Matt Ryan, C.Ss.R., (Redemptorist Community, Fortaleza, Brazil and late of Cooleen, Templederry, Nenagh, Co. Tipperary. Died 25th November 2019 in the care of his medical team, the Redemptorist Community and staff in Fortaleza, after over 30 years on mission in Brazil. Predeceased by his parents, brothers Terence, Andy and Fr. Martin C.Ss.R. and deeply regretted by his sister Mary, brothers Pierce, Tom and Jim, sisters in-law, brother in-law, nieces, nephews, grandnieces, grandnephews, relatives, friends and his Redemptorist confreres in Ireland and Brazil. Funeral Mass and burial in Fortaleza. A Mass of remembrance and thanksgiving will take place in The Sacred Heart Church, Borrisoleigh, Co. Tipperary. at 12 noon on Saturday 30th November.

The death has occurred of Liam Whyte, Ballyhough Aglish, Roscrea, Co. Tipperary. Peacefully, at his home. Deeply regretted by Ber and her children Marian, William and Ross and great-granddaughter Sophia, family and friends.Reposing this Wednesday evening at Sullivan’s Funeral Home, Main Street, Borrisokane, from 5pm to 7.30pm. Removal to Aglish Church arriving at 8pm. Funeral Mass on Thursday at 11am, followed by burial in Aglish Cemetery.