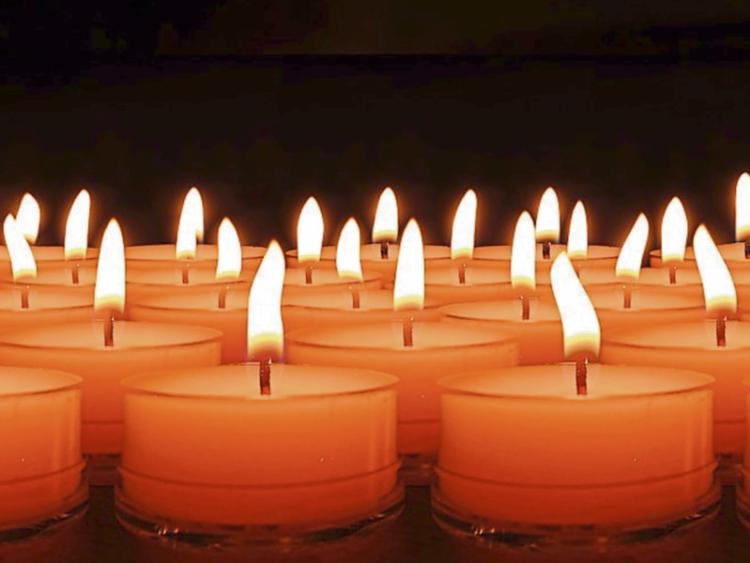 The death has occurred of Sr. Joseph Darmody, Presentation Convent Midleton and Doneraile and Ballygriffin, Cork and Two-Mile-Borris, Thurles. On November 28th 2019, peacefully at Conna Nursing Home, Cork. Sr. Joseph (Alice Mary). Daughter of the late James and Hannah Darmody and sister of the recently deceased Jerry. Sadly missed by her Presentation Community, her nephews, nieces, grandnephews, grandnieces, cousins, relatives and her many friends. Reposing at Presentation Convent, Midleton, on Friday from 2pm until Removal at 4.30pm to the Church of the Most Holy Rosary, Midleton. Requiem Mass on Saturday at 2.30pm followed by burial in the Community Plot in the adjoining cemetery.

The death has occurred of Pat Dwyer, 20 Grenville (R32 CPK6) Dublin Rd., Portlaoise and formerly Butler Avenue and Clongour, Thurles. 28th November 2019. Peacefully at home. Surrounded by his loving family. Deeply regretted by his loving wife Joan, son Paul, daughters Martina and Isabel, sisters Mary, Nora and Martina, brothers-in-law, sisters-in-law, mother-in-law Mary, nephews, nieces, relatives and friends. Reposing at his residence on Friday evening from 5pm until 9pm. Removal on Saturday to arrive at SS Peter and Paul's Church for 1pm Requiem Mass. Private cremation will take place at a later date. Family flowers only, donations, if desired, to a charity of your choice.

The death has occurred of Edmund Starkie, Ballyscanlan, Coolbaun, Nenagh, Co. Tipperary. (Formerly of Preston, Lancashire.) Died, peacefully, in Milford Hospice, surrounded by his family. Deeply regretted by his wife Kathleen, sons Andrew, Richard and Michael, daughters Catherine and Anne, sons and daughters in law, grandchildren, relatives and friends. Reposing at his residence on Saturday evening from 4pm to 7pm (E45 EP68). Funeral arriving to St. Barron's Church, Kilbarron, this Sunday afternoon for Mass at 1.30pm, followed by interment in the adjoining cemetery. Family flowers only, please. Donations, if desired, to Milford Hospice.