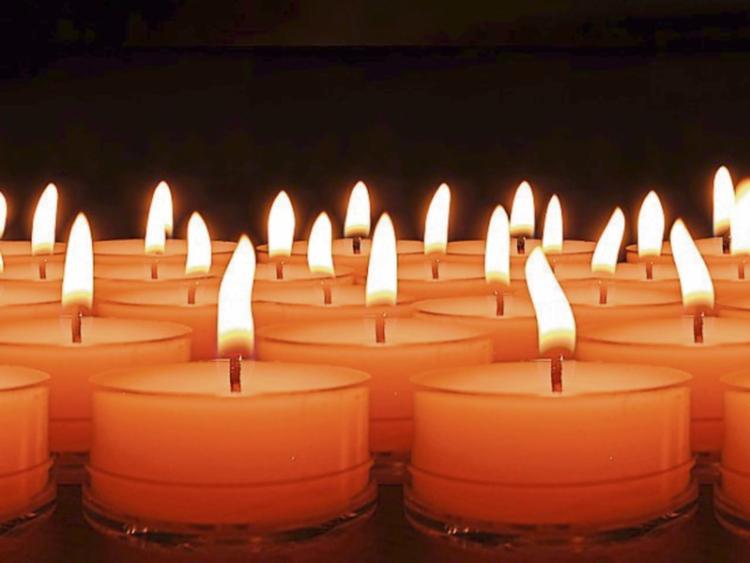 The death has occurred of Sean Kearney, Main Street (The Doolis), Ballyporeen, Co. Tipperary. Beloved husband of Breda and much loved father of Gillian, Fiona, Claire, Eoin, Mary, Rebekah, Michael and Evie. Pre-deceased by wife Mary. Will be dearly missed by all his family, his brother Jim, sisters Geraldine and Mary, sons-in-law Noel, Fergal and Thomas, daughter-in-law Leeanne, grandchildren Colm, Riain, Ciara, Thomas, Ruairi, Conor and Fox and extended family, kind friends, neighbours and customers. Reposing at the Parochial Hall, Ballyporeen from 5pm to 8pm on Saturday, 28th December. Requiem Mass 11am Sunday in Church of the Assumption, Ballyporeen. Followed by burial at St. Mary’s Cemetery. Family flowers only please.

The death has occurred of Marie Moylan Reidy, Yewston Estate, Nenagh, late of Newtown and formerly of Ballygraigue Road. December 26 2019, (peacefully), after a long illness, surrounded by her family, in the wonderful care of the staff of Milford Care Centre. Predeceased by her father Michael and niece Orlaith, loving mother of Rebecca, Gabrielle and Robert. Sadly missed by her heartbroken family, mother Joan, brothers Garrett and Michael, sister Catherine, son-in-law Barry, uncles, sister-in-law Marie, brother-in-law Shane, nieces, nephews, relatives and many close friends. Reposing on Sunday (29th) at Ryan’s Funeral Home, Nenagh from 3pm until 6pm. Funeral arriving on Monday (30th) to St. Mary of the Rosary Church, Nenagh for Funeral Mass at 12 o’c followed by burial in Lisboney Cemetery. Family flowers only, donations if desired to Milford Care Centre. House private please.

The late Bridie (B) Nagle