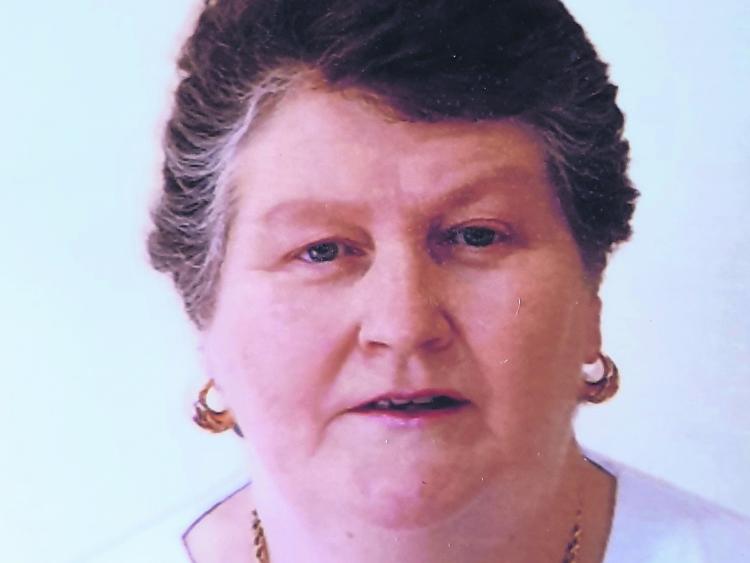 Better known as Marie, she was born in No. 62 Lacey Avenue in 1944 to James and Catherine Coy, her mother being a daughter of Paddy and Elizabeth Hennessey.

Catherine died when Marie was just six months old and the responsibility for her upbringing fell to her aforementioned grand-parents.

She was always very proud to be a Hennessey and had a particular fondness for her grandmother Elizabeth whom she always referred to as Mammy.

Her mother was one of eleven children with Bill, Jimmy, Larry, Joe, Merty, Charlie, Paddy, Lizzy, May and Phyllis being Marie’s aunts and uncles, all of whom are now deceased.

Her father remarried and moved to Clonmel where he went on to have six children whom Marie got to know in later years and kept in contact with them.

Marie went to school in the Mercy Convent where she met the love of her life Charlie “Lally” Grogan from Errill.

He went to work on the buses in London in 1961 and Marie followed shortly afterwards where she worked in the National Westminister bank on Tottenham Court Road.

They returned to Ireland and were married in Templemore in 1966. They moved to Limerick where Charlie joined the prison service and this became their adopted home.

During 54 years of blissful marriage they had five daughters – Deirdre, Elaine, Catriona, Martina and Ciara. Marie took great pride in her home and was often referred to as Mrs. Bouquet from the popular TV show “Keeping up Appearances”.

She loved the hurling too and despite living in Limerick the Tipp jersey was always worn with pride.

Marie was also a woman of great faith and herself and Charlie were regular mass goers – something she dearly missed during her illness.

As her health failed in recent years Marie fought a tough battle, surviving sepsis earlier this year, before the curse of Covid-19 finally took her from us on May 27 last.

To her devoted husband Charlie, who never left her side through it all, her daughters, sons-in-law, grandchildren Damien, Sarah, Gemma, Aaron, Lucy and Shannon, relatives and friends we extend our sympathy to you during this difficult time.

The family would also like to thank all the staff at Limerick General Hospital for their care and kindness to Marie.

Thanks also to O’Sullivan funeral directors, Rathdowney, and to Fr. Delaney for the beautiful funeral mass. And finally to all her family members, friends and neighbours who paid their respects during these strange times we thank you from the bottom of our hearts.

Rest in peace Marie and may heaven be your bed.

Please pray also for the following who passed away recently in Templemore:

May they rest in eternal peace.