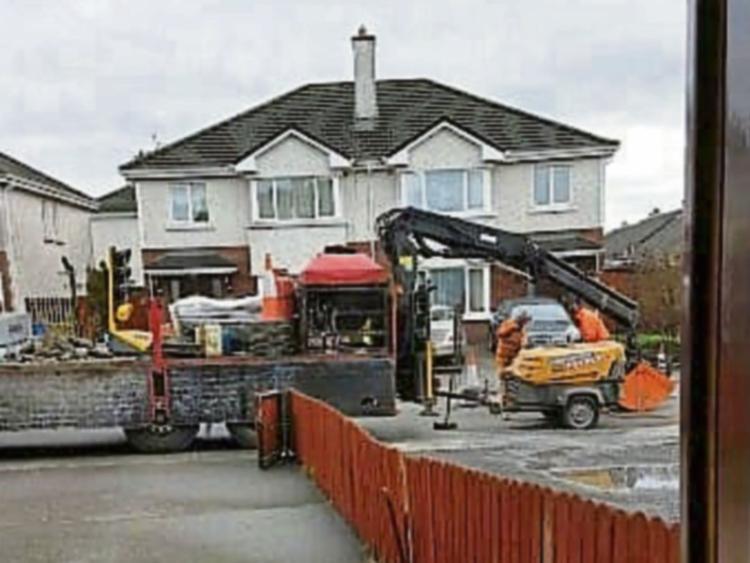 Work has begun at Ard Na Greine and Tullaskeagh Drive/Square

Roscrea community activist Shane Lee says he is fighting hard to get dog waste bins delivered to the town.

Shane told the Tipperary Star that Roscrea has been left behind by the County Council. “I'm continuously fighting with the powers that be about dog waste bins for Roscrea.

“I know in other towns they have the opportunity of the use of bins for dog foul but, unfortunately for the last two years Tipperary Co. Council are ducking and diving on this one for some unknown reason.

“The feedback that I was given from the offset was, ‘we have no one to empty them’, then it was, ‘it's up to the environment section as we have too much to deal with’, then it was ‘look we are looking favourably on it we just need time’, then it was ‘it's going to be rolled out over the county’. Then I spoke to another member of staff who never knew they had dog waste bins in Nenagh.

The latest is back to ‘we don't really have anyone to empty them’ which is an absolute joke. It's typical that this town along with others gets completely forgotten about .”

Meanwhile, works have started on what Shane describes as the “very annoying manhole cover” which was causing a disturbance to the residents of Ard Na Greine and Tullaskeagh Drive/Square for the past few years. “We gave a commitment it would be done for the residents and I know how grateful they all are to have this work completed at long last,” said Shane.

Shane also thanked all those involved in making the Roscrea Halloween Fest a huge success. “As chairperson of the committee I personally want to thank the volunteers, sponsors, the Co. Council, the school for the use of the field, and all the people who supported our collection.”