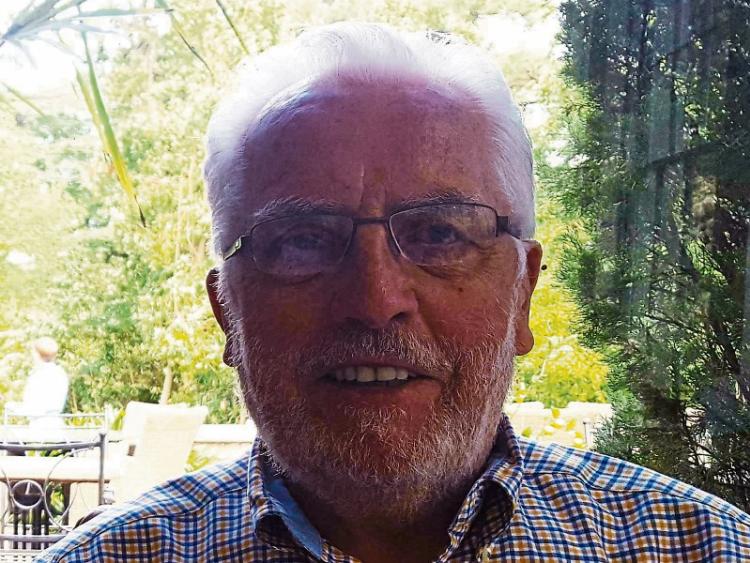 The sad news that Jim Smyth passed to his eternal reward following a serious illness, borne bravely, came as quite a shock to his family, friends and the local community.

Jim was the eldest of the Smyth clan who hailed from Behagloss, Roscrea.

At the age of 12 he constructed a bus, adorned with windows, doors, axels and wheels and painted it green, white and gold. It was both useful and ornamental, lasted decades, giving enjoyment to young and old and just a tiny picture of things to come. Jim played as a tight centre back for Clonakenny for a brief period, and the pure hurling skills he lacked, were more than compensated by sheer tenacity and a dogged determination, a characteristic that was to feature in his life thereafter.

Educated in CBS Templemore, he started his working life at JF Walsh Printers, Roscrea. His span as a civil servant in the Department of Transport and Power gave him the opportunity to pursue his ambitious studies at night. Joining the Royal British Architectural Society, he successfully concluded his studies for the degree, by designing a concert hall that met with unanimous favour.

Jim’s early years as an architect were spent gaining valuable experience in Stephenson Gibney & Associates. He moved to the Ken Rohan Group and became chief architect for this company in the mid 70s. This early opportunity enabled him to come under the spotlight when he won a major contract to design the new tennis court complex in Fitzwilliam, Dublin.

The long term ambition of establishing his own company, which he named JSA (Jim Smyth & Associates) came in 1983. This highly motivated, and quiet reserved countryman, quickly carved out a space that surprised his rivals. Being appointed the chief architect for City West Development broadened his scope immeasurably and enabled him to make sweeping changes in industrial design.

A great family man, he always said his marriage to Creina was made in heaven. He was immensely proud of his sons, Conor and Jamie and daughter Orla and his grandchildren, Ella, Sam, Amy, Luke, Hugo and Vivien.

Jim came home to Tipperary for all the family events and joined in the electioneering. Every Christmas day, he made his traditional call to his four brothers and three sisters and kept up with the local news. Jim and Creina built their family home in Greystones, which was a labour of love and called it Behagloss.

The crowd that attended his home, the funeral mass, his burial, were ample testament of the esteem in which he was held. Jim will be missed immensely by all who knew him. Ar dheis lámh dé go raibh a anam dílis.