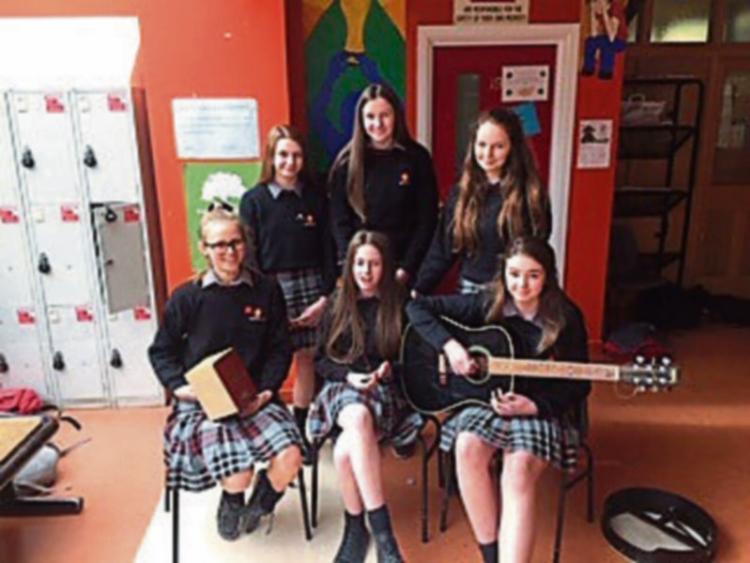 There will be a fundraising concert held in the Church of Ireland church on Thursday April 11 at 7.30pm in aid of Pieta House.

It will feature the musical talent in Coláiste Phobal from 1st year right up to sixth year. It promises to be a great night with lots of music and singing. Further information will follow. Watch this space.

Work is now well under way by Ms O Donoghue and TY Students on the school Yearbook. This will include many photos and articles along with pen pictures of sixth years and much more.

Many class-room based assessments are taking place at the moment including second year business and third year science school activities.

This week included mock German Orals for the Leaving Certs. Last week we had mock orals for Irish. This is always good preparation for the real thing coming very soon.

TY students did a practice hike for Gáisce to the Slieve Blooms on Thursday 14th March. They were accompanied by Mr Haugh (Gaisce Co-ordinator), Ms Mulrooney (Ty Co-ordinator) Mr Boyle and Ms Larkin.

Well done to Coláiste students James O’Connor 3rd year and Ben Hynes 5th year on their all Ireland success in the U18 Darts All Ireland representing Offaly.