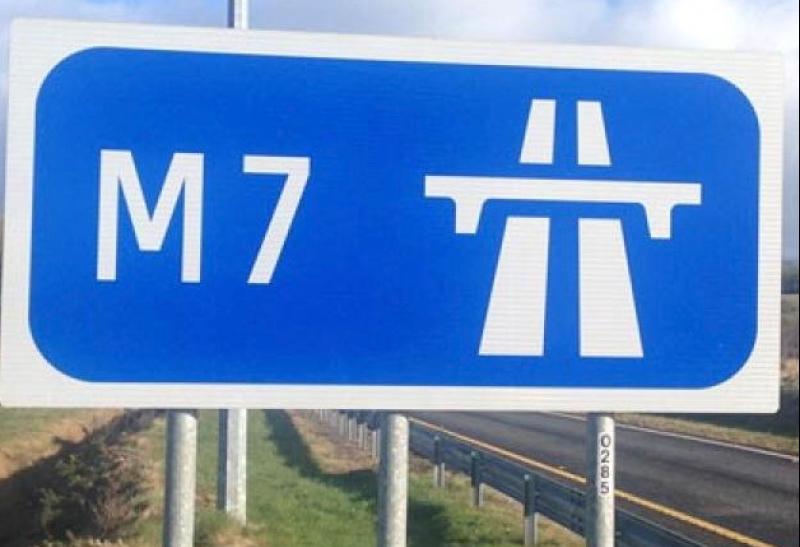 Roscrea's roads have seen a major increase in traffic volumes this week as diverted traffic from the closed M7 motorway traverses the town.

The nearby M7 has closed to traffic from Sunday July 5 until Friday August 28 from Junction 22 Roscrea to Junction 24 Nenagh in both directions to facilitate resurfacing works.

The road had been singled out by local representatives repeatedly in recent years due to the disproportionately high number of serious accidents to have occurred on the 30-kilometre stretch of motorway between Roscrea and Nenagh.

Hail showers and heavy rain have in the past caused large pools of water to collect on the motorway's surface, causing vehicles to aquaplane and lose control, local authority meetings heard from County Councillors.

Many local businesses in Toomevara, Moneygall and Roscrea have seen a significant influx in customers, as footfall and passing trade has grown considerably since diverted vehicles have increased traffic volumes to pre-motorway levels along the N7 - the former corridor through Tipperary and Offaly.

However, despite the comprehensive plans to resurface the lengthy stretch of the M7 motorway, no plans have been announced to remedy the dissatisfaction of motorists and local representatives with the design of the entry and exit lanes on the Roscrea and Moneygall Junctions 22 and 23.

The design has been criticised by Roscrea Chamber of Commerce, local activists and concerned motorists at previous local meetings in the town - with the junction design labelled dangerous and unaccommodating for potential visitors to the heritage town passing on the M7 motorway.

Moneygall's southbound exit lane has been the site of several accidents in recent years, with the short length of lane available for motorists to depart the motorway blamed as traffic volumes using the exit have grown considerably with visitors to the 24-hour Barack Obama Plaza service station and restaurants.

The junction has been repeatedly criticised by local people

Local motorists and farmers are reminded to be extra cautious as heavy machinery traffic volumes increase during the peak agricultural season, and as many more cyclists are using the usually quiet N7 during the summer months.

Meanwhile, rolling roadworks will be in place between Junction 18 Portlaoise West on the M7 and Junction 3 Rathdowney on the M8 until Friday October 30. Lane closures and stop/go systems will be in place on the ramps and roundabouts at each junction.