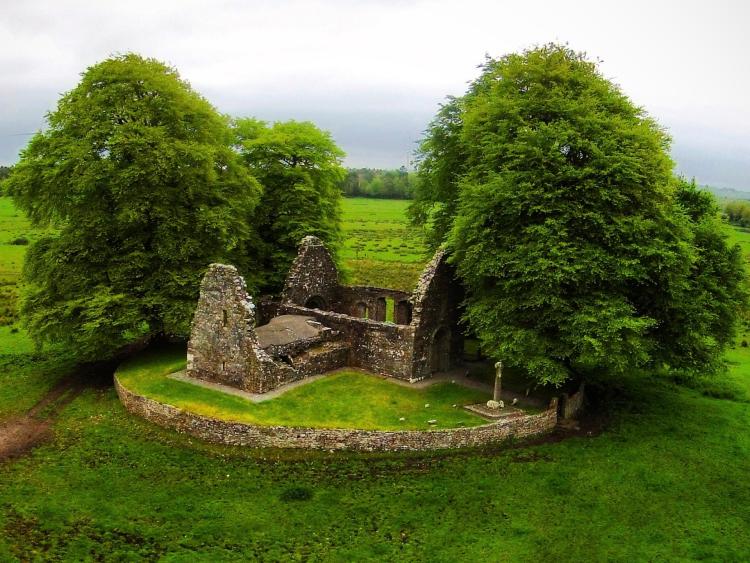 Exciting plans to create a Discovery Park in the area of the Monaincha Abbey near Roscrea have been unveiled.

The Holy Island of Monaincha, famed for being the 31st Wonder of the World and once a site of Christian pilgrimage, does not receive very many visitors due to a dearth of appropriate infrastructure to accommodate them.

Serviced by a dilapidated bogland track incapable of carrying cars for most of the year, the world famous site is paradoxically Roscrea's best kept secret in terms of untapped tourism potential – as currently no service offers an opportunity to guide visitors to the site.

However, this may soon change, after Tipperary County Council announced last week that they plan to submit an application for a major redevelopment of the site to the Department of Tourism.

The Monaincha development is one of three projects which will be submitted for approval. Plans for a new walkway at the Swiss Cottage in Cahir, and the Lorrha to Portumna link of the Beara-Breifne Trail will also be submitted.

The Discovery Park in Roscrea would incorporate a walking and cycling track leading to and around the ancient Monaincha Abbey, where amenities explaining the significance of the site will be available.

Cathaoirleach of Tipperary County Council, Roscrea based Councillor Michael Smith (FF), told the Tipperary Star that the opportunity to open up Monaincha to visitors could have a transformative effect for Roscrea when tourism markets return to normal.

“All of us who are proud of our home place will have an opportunity to retreat to a secluded picturesque place to reflect on the history of Monaincha Abbey”, Cllr Smith said.

Monaincha, the Island of the Living, is an eight century Monastic site founded by the monk Elisarius. The church on the site was built in the twelfth century, and features a distinctive weathered high cross outside the main door.

“The Abbey was built on a raised site, the only access was through a bog or lake, until it was drained around 1780. The only way to the abbey now is through an old cart horse road which is in great need of significant upgrading”, Cllr. Smith explained.

“The County Council has submitted a number of proposals to the Department of Rural Development and Tourism and Monaincha is one of the leading projects for funding. Investment in this old road together with proper signage, denoting the various unique historical aspects of the site are included in the project.

“It will highlight the historical and ecclesiastical features of this ancient monument. It will create a new and safe walkway on the outskirts of Roscrea. I believe also that it will reignite national and international interest in this area”, Cllr. Smith said.

“Coillte, and the Office of Public Works as well as the landowners and residents are giving their wholehearted support to this development.

“I am confident that the proposal for funding will be successful and this national treasure will once again be opened up to the public in a way commensurate with the noble history of this sacred place. History and hope will rhyme”, Cllr. Smith said.