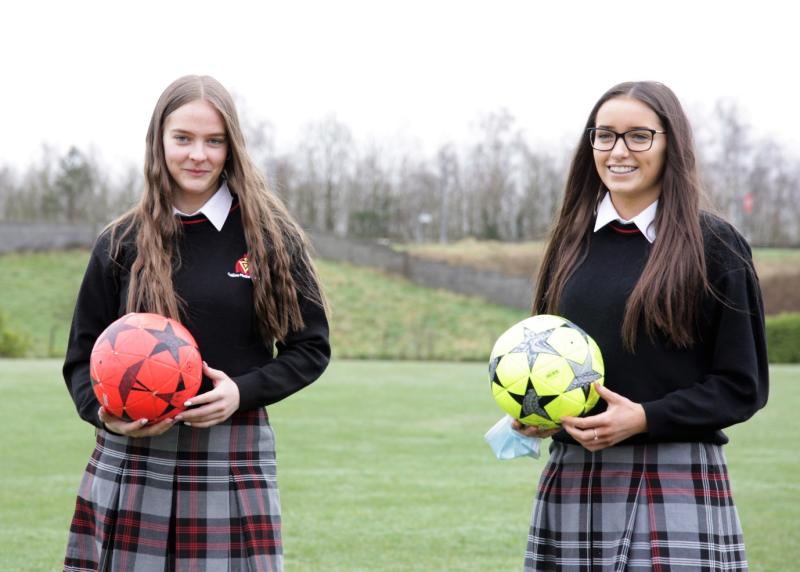 Best wishes to Kelsey Wing 5th year and Ellie Feehan 6th year are representing Treaty Utd in the FAI Women's Soccer National League Final on Friday 12th November in Athlone. This is a huge achievement and both are playing at a very high level. We are all very proud of them in Coláiste.

Winner of Offalys next Superstar
Congratulations to Dayna Quinlan 3rd year on winning Offaly's next Superstar.
This is a fantastic achievement. Dayna recorded a cover of Jealous by Labrith for the competition.
She received the highest votes and as part of her prize she will receive a day of recording in Penny Lane Studio in Tullamore along with a money prize.
We are all very proud of her achievement and it is great to see her talent recognised.