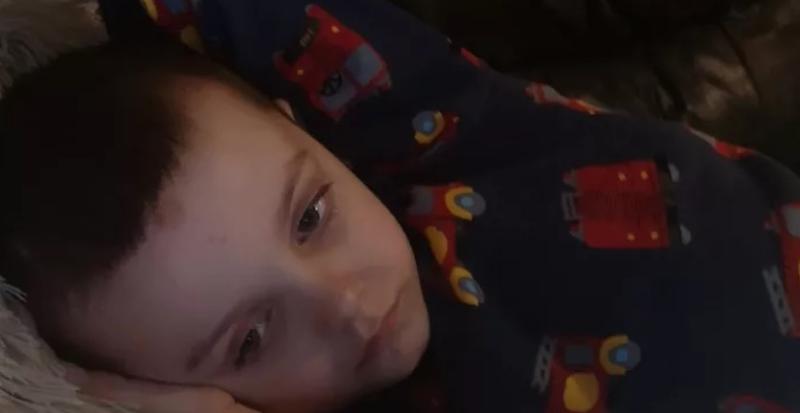 Donate now to help Mason Fletcher, above, and his family

The aunt of a little boy from Roscrea with a life-threatening medical condition has organised an online fundraising campaign on behalf of his family, and it has already reached more than half of its fundraising goal.

So far, Colette Fletcher’s gofundme page has garnered €50,747 of a €100,000 goal in aid of her nephew, seven-year-old Mason Fletcher, who is undergoing expensive chemotherapy for cancer.
Colette set up a committee called ‘Mason’s Journey’ to help aid this little warrior, his brother Ryan and his parents, Aideen and David to help make their journey through cancer a little less daunting.

On October 2, 2020, Mason, then aged five, was diagnosed with a mid-brain tumour and two days later, in Temple Street Children's Hospital, Mason had a tumour resection where surgeons removed 90% of the tumour.

They could not remove all the tumour as Mason would be left with severe life altering complications.
Mason had been left with severe right and left side weakness on his face: he had to learn how to walk, eat and crawl again with intense Physio, Occupational Therapy input and after six weeks Mason was allowed home for Christmas.
Life changed after this.

Mason had to endure intense appointments on a three-monthly basis in Temple Street Children's Hospital wherein he had numerous brain scans to determine whether the tumour was growing again.
Devastatingly, exactly one year after his initial diagnosis, Mason’s parents were informed that the tumour had in fact grown back.

Mason is undertaking intense Chemotherapy every week in Crumlin Hospital and will continue to do so for the next 18 months.
This is the only option at present as his medical team fight to stop the tumour from growing to an even more life-altering size.

At present, the committee is organising numerous events in Roscrea and the surrounding areas for ‘Masons Journey’ in a bid to help his family through this horrible process and assist them in covering the many costs of Mason’s warrior-like journey.

“Our committee has set up a Credit Union Account so we can have whatever is needed on hand at any given time and all monies raised here will go into Mason's Journey account,” says Colette. “Thank you very much for your time and every donation will go a long way in helping our little warrior.”
In December, Collette updated us with Mason's progress. “Mason's platelets are low from his chemotherapy so he is having a platelet transfusion.

“Hopefully his levels will go up so he can undergo another much needed surgery in the coming days to have a shunt put in his brain in an effort to open up the ventricles to relieve pressure from his head which is affecting his balance, vision, nausea and sickness.

“We hope this will help Mason have a better quality of life. Everyone's efforts mean the world and feel free to leave your well wishes below as I'm sure it will continue to give strength to this little warrior and his family”.

Readers can donate at gofundme.com and search for Mason's Journey.