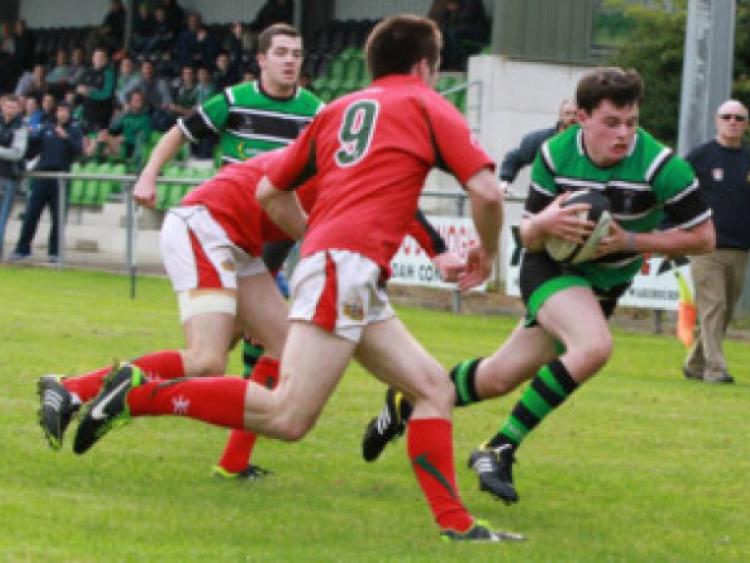 Buoyed up by their win over Kanturk the previous week, Clonakilty were equally anxious to maintain the winning momentum.

In what were ideal rugby playing conditions, Clonmel opened the scoring in the first minute of play with a Brian Lonergan penalty following a tackle which resulted in a very early sin-binning on the Cork side. Brian doubled the Clonmel score to 6-0 within minutes following a further Clonakility infringement. The Cork side were straight back on the attack and on the fifteen minute mark scored their opening try which was converted to give them a 7-6 lead. A further penalty scored by Brian and a great try under the posts by Clonmel’s David Lonergan which was duly converted saw the home side with a 16-7 advantage at the half time mark.

The game was finely balanced throughout the second half with penalty scores exchanged and both sides attacking and defending in equal measure. A great combined effort of Luke Hogan and Dylan Cadogan saw Dylan over the line for a Clonmel try only to be followed quickly by a Clonakilty try at the opposite end. At 24-17 the game could have gone either way with a bounce of the ball determining possession. A Clonmel try in the closing minutes by Alex Sheehan gave the home side a bit of a cushion and the game ended with a home side 29-17 win. Next week Clonmel firsts are away to Kilfeacle in round three.

On Saturday evening last the Clonmel seconds travelled to Waterford City RFC for their second round of the Munster Junior 2 League. Having had a successful opener in round one away to Dungarvan, the Clonmel squad was anxious to put in another good performance. After fifteen minutes of evenly balanced play, Clonmel’s David Hoyne opened the scoring with a superbly taken drop-goal to put Clonmel 3-0 up. Within ten minutes the Clonmel pack were on the attack again and a Kieran McCardle try duly converted by the boot of David Hoyne had Clonmel 10-0 up. Some great passages of play by both sides followed with Clonmel’s defence holding firm helped on one occasion by a great try-saving tackle by Darren Cass. On the stroke of half time a well worked Waterford run had the home side over the Clonmel line and in for their opening try. Clonmel led 10-5 at the break. The second half got off to a blistering start with great rugby by both sides. At the 60 minute mark, Waterford City were again over the Clonmel line for their second try of the game which was duly converted. Clonmel now trailed 12-10. Fortunately the McCardle/Hoyne combination came good again in the last ten minutes to garner another 7 points and return the lead to Clonmel. The final score 12-17 for Clonmel and a well earned two from two in this competition. Next up Cashel in round 3.

On Sunday morning the club hosted a minis blitz for U8s to U12s. Teams from Kilfeacle and Waterpark joined the home sides for what was a great morning’s event with over 400 future stars taking part. Credit to all the coaches, parents and supporters.