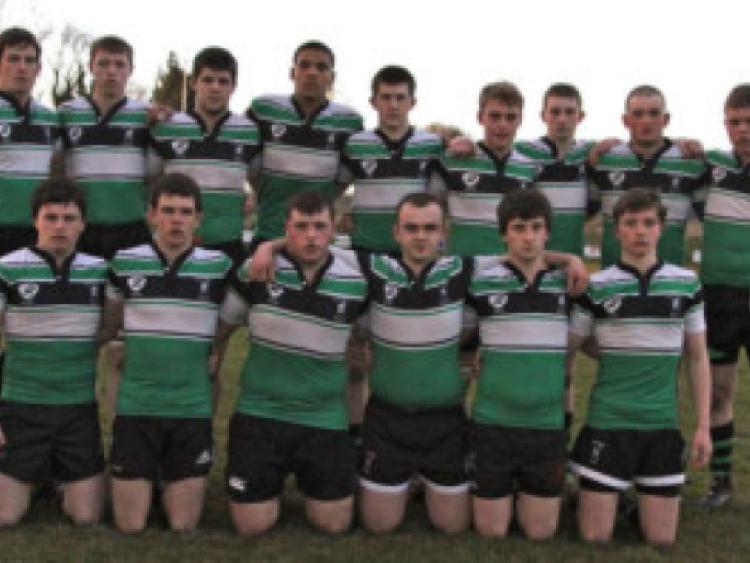 Clonmel U19s took on Nenagh on Friday night in the East Munster Cup Final.  Nenagh started the better and kept Clonmel pinned in their half for the first 10 minutes until Clonmel got their hand on the ball and went at Nenagh.  Both teams went tit for tat until Darren Cass intercepted a pass during a Nenagh attack and broke from his own half to outstrip the Nenagh defence and open the scoring for Clonmel and make it 5-0.

Clonmel U19s took on Nenagh on Friday night in the East Munster Cup Final.  Nenagh started the better and kept Clonmel pinned in their half for the first 10 minutes until Clonmel got their hand on the ball and went at Nenagh.  Both teams went tit for tat until Darren Cass intercepted a pass during a Nenagh attack and broke from his own half to outstrip the Nenagh defence and open the scoring for Clonmel and make it 5-0.

Clonmel then enjoyed a period of dominance and started to go through their phases as they attacked Nenagh in waves.  One of these waves gave Clonmel a kickable penalty opportunity and fly half Dylan Cadogan duly obliged with a well struck shot to leave Clonmel 8-0 up.

Clonmel continued their dominance and were 5 metres from the Nenagh when the Nenagh number 8 turned over the ball and fed his full back who broke from his own line and outstripped the Clonmel defence to score under the post and the easy conversion left it 8-7 at half time.

Both sides went at each other at the start of the second half and the game ebbed and flowed.  With neither side gaining the upper hand the game was on a knife edge.  A sweeping move for Clonmel up the right side of field with backs and forwards interacting saw Clonmel score a wonderful team try scored by Stephen Carey to leave the score 13-7 to Clonmel.

Nenagh reacted well to rumble up field through their pack and applied a large amount of pressure on the Clonmel defence.  That pressure told when Nenagh scored through their prop under the posts and the conversion saw them lead 14-13.  Clonmel threw everything at Nenagh for the remainder of the game and with the last play of the game were within yards of Nenagh line but unfortunately it was not to be Clonmel’s night.  And so Nenagh won the East Munster league and cup double, with Clonmel runners up in both competitions.

This has been a fantastic season for the Clonmel U19s - they reached two East Munster finals and the semi-final of the pan Munster competition. Well done to all the players and the two coaches Ed Flannery and PJ Mulcahy for some fantastic games.  A special word of congratulations to Ryan Gallagher who was awarded the most improved player award, Billy O’Kelly who received the players’ player of the year award and Stepehen Carey who received the coaches’ player of the year award.  Well done also to the 8 Clonmel players who received trials and played for Munster this year, Daragh Foley, Podge Keating, Joel O’Dwyer, Stephen Carey, Dylan Cadogan, Alex Sheehan, Billy O’Kelly and Ethan Mulvee.

What a fitting way to end the season for the minis on Saturday, 13April. The sun shone down on our fabulous facilities as over 120 kids and more than 60 parents took to the pitches for our Parents V Minis matches, watched by upwards of a further 60 parents. This is always a great event with the kids gaining great satisfaction over leaving the parents for dust, and the satisfaction of throwing in that big tackle on mum or dad.

Fun was had by all young and old. A big thanks to all the parents who took boots out of the attics to make this a great success.

This has been a great season with record numbers week in week out and it is clear to see all these young warriors are growing in stature year on year. Big thanks goes to Jonathan Duffy our minis chairman this year. Also thanks goes to Paul Lonergan and Tony O’Gorman. However the bigger thanks of all goes to the people behind the scenes, Clare, Grainne, Pauline, Kevin, without their continued work and support week-in week-out we would not have such a successful minis section in the club. The coaches and players also thank the other people who have helped out in the kitchen on match days. And, needless to say, thanks to all the coaches and team helpers for your dedication and commitment, the future of the club is in your hands and your work is much appreciated by the members of the General Committee, and the senior players and coaches. A huge thanks to all parents/guardians/grandparents for traveling the length of Munster in all weathers supporting these young warriors and most of all Thanks to the kids who make this all happen and make it worthwhile.

This year’s Clonmel RFC Summer Camp takes part at the club from July 8 to 12. Following on from last year’s highly successful camp, the club expects a big turnout at this year’s camp. All of last year’s participants came home happy and tired each day. The camp includes a multitude of sports and team building exercises.

We welcome boys and girls from ages 6-15. The camp will take part each day. Registration is each morning from 9am with warm ups starting at 9.30 The camp will run until 2.30 pm